Most states will not allow you to exclude your spouse from your will. According to the American Bar Association, this stems from the days when wives had no source of financial support except their husbands, and were left destitute without an inheritance. Some states, such as Louisiana and Florida, will not even allow you to disinherit your child. When you exclude anyone who would normally be an heir under your state’s law, it is considered “negative intent.” Consult an attorney to make sure you include the proper wording in your will to prevent your excluded heir from contesting it. 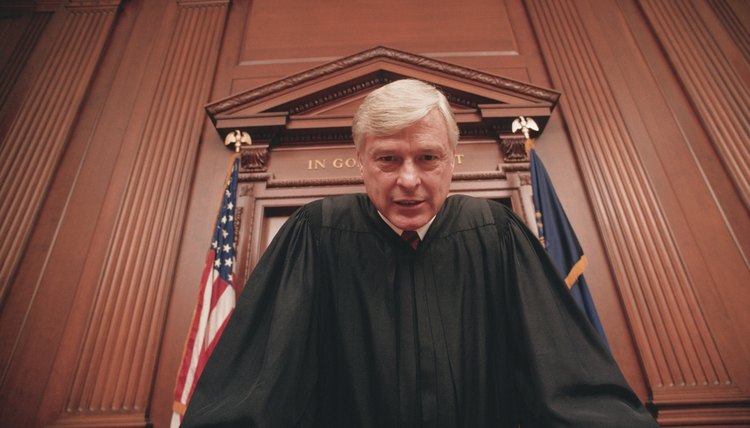 Include provisions for every possible asset in your will. If you omit anything, your disinherited heir can claim that you died partially intestate, or with an incomplete will, and can make a claim that the property omitted should pass according to your state’s laws of succession. If she is in line to receive a portion of your estate as an heir, she might then get a piece of anything you omitted even if it was your intention to leave her nothing.

State specifically that you are leaving nothing to the person you want to exclude. Don’t just omit mentioning them, warns the American Bar Association. If it is your intention to exclude your child and your state allows that, it may be best to leave them a token amount.

Add an “in terrorum,” or no-contest, clause indicating that if the person you excluded contests your will and loses that contest, then he receives nothing. This is usually only effective, however, if you are not excluding someone completely. It may be best to leave him just enough to make him think twice about risking its loss if he loses the contest.

Write a separate letter or statement giving your reasons for excluding the person you want to omit, and append it to your will. You can also back up your will with a videotape or digital recording explaining your reasons, but make sure you appear sharp and concise when you make it, and have witnesses present.

Safeguard against any claims that you are medically or mentally incompetent at the time you’re making your will by having a qualified professional present when you sign it, such as your doctor. You can also have your doctor make a notarized statement that you are competent, and attach that to your will.

Protect your loved ones. Start My Estate Plan
How to Draft a Will With a No-Contest Clause

Who Are Heirs to a Last Will & Testament?

The term “heir” is often confused with “beneficiary” when, in fact, definitions of the two differ. Heirs are individuals who inherit from an estate because they are family members of the deceased, not because they were named as a beneficiary in the deceased’s will. In fact, the deceased may not have left a will at all.

Each state has unique laws governing estates and wills. In Oregon, you can disinherit anyone except your spouse. If you disinherit your child, however, speak to an attorney to make sure you clearly state that in your will, as you cannot disinherit a child by omission: Oregon law presumes you forgot to mention a child who is not in your will, and may award the child a share of your estate equal to that which your other children receive.

Not all states allow you to intentionally disinherit your child, but New Jersey does, according to an article by ...

While all states have their own legislation regarding wills, the laws tend to be similar in most jurisdictions. For ...

How to Remove a Name From a Last Will & Testament

There may come a time for various reasons that you decide to remove a devisee or beneficiary from your Last Will and ...

How to Prevent Someone From Contesting a Will

A contest to your will may drag out the legal proceedings for your estate, deplete the inheritance you left for your ...