The tasks of a will's executor can be complex and time-consuming, and often require a certain degree of expertise. In general, an executor is paid for his time, unless he is also a sole or substantial beneficiary under the will. Terms for payment vary from state to state. In most places, an executor who feels he is being under-compensated can petition the court for a more fair payment, but this can result in attorney fees and court costs that exceed the extra award. 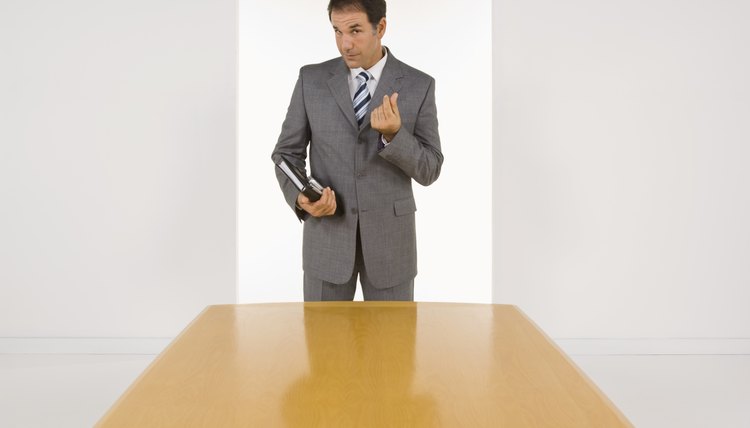 Probate courts usually comply with the terms if the decedent, or the person who has died, specifies compensation for his executor in his will. Some wills stipulate that the executor is required to waive payment in order to accept the position, but executors can decline to serve rather than do so for free. If you name a bank or trust company as your executor, they will usually not perform the job without being paid. If you are writing a will and do not want to pay your executor, state so specifically. Otherwise, in some states, the probate court might assume that it was simply an oversight and order payment for the executor according to statutes. If you do want your executor to be paid, state how and how much, such as in a lump sum from your estate or by percentage of the value of your estate at the time of your death.

Probate codes in many states set aside a certain percentage of an estate in order to compensate the executor. The percentage is usually from the value of “probate property,” and typically excludes any assets that pass directly to a named beneficiary without being included in probate, such as some jointly held real estate, life insurance policies and retirement plans. Specific bequests and money held in trusts for certain beneficiaries might also be deducted from the estate before payment to an executor is made. Percentages average between 2 percent and 5 percent.

Some states only specify “reasonable” compensation for executors in their probate codes. When this is the case, it is up to a judge to decide how much compensation the executor should receive, usually based on such factors as the value of the estate and the work involved to settle it. Some states' statutes provide for both reasonable compensation and a recommended percentage. For instance, Pennsylvania’s code allows for compensation that is “reasonable and just,” but also suggests that 3 percent of the estate is fair and reasonable.

Whatever compensation the executor receives is taxable income. If the compensation would result in negative tax consequences for the executor, she can decline payment or decline to serve. Many states do not permit executors to simply write themselves a check out of the estate for compensation without prior court approval, so check with an attorney before you do so.

Protect your loved ones. Start My Estate Plan
The Fee for the Executor of a Will in North Carolina

Can the Beneficiary Be the Executor of a Will?

Most states do not have any laws against a beneficiary in a will also serving as the executor, or the person charged with overseeing the probate process. In fact, the situation is not uncommon. However, there are several practical considerations to take into account if you name an executor who will also inherit under the terms of your will.

What Happens When the Executor of the Will Steals the Money?

Estate beneficiaries must move quickly if the estate executor is stealing. State laws set a window during which heirs can take action against an estate executor. A will executor is responsible for managing a deceased's person's estate, and she is named in the will itself by the deceased person.

How Much Will I Make As Executor of a Will in Missouri?

An executor, sometimes known as a personal representative, is the person named in a will to carry out the final wishes of the will maker, known as the testator. An executor is entitled to a fee as compensation for the work involved in gathering and distributing the estate’s assets, paying taxes and other debts and making a final accounting to the probate court. In Missouri, how much a person earns as the executor of a will depends on the will’s instructions and Missouri probate law.

How Much Do I Pay an Executor of a Will?

An executor of a will generally receives compensation for his work. Each state has laws that govern how an executor is ...

Can an Executor Charge a Beneficiary for Duties?

The executor of an estate is normally named in a valid will, appointed by the overseeing probate court, and is ...

What Can an Executor Legally Charge the Estate for in Texas?

When a person dies in Texas, some or all of the estate's assets will go through a court probate process before being ...

What Monetary Percentage Does an Executor of a Will Get?

Many states allow the executor of an estate to receive compensation for his work on the estate. The monetary percentage ...