What Is No Fault Divorce in New York?

Couples interested in pursuing a divorce in New York have the option of a no-fault divorce. In the past, both parties needed to be in full agreement and had to have lived apart for a year to avoid proving marital fault. Since 2010, a divorce may proceed under the no-fault ground that the marriage is irretrievably broken. 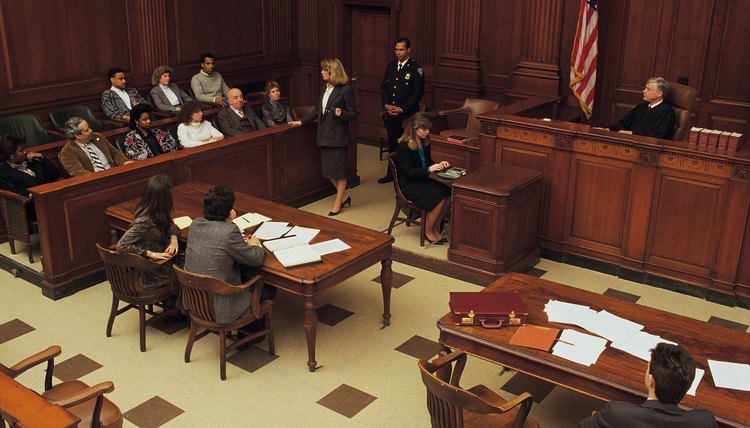 New York was the last state to allow no-fault divorce. Before 2010, the only way to obtain a divorce without fault was to live separate and apart from your spouse for a period of a year, and to agree to the divorce and settlement terms. Now, a divorce will be granted if there is an "irretrievable breakdown" of the marriage. This can be proven by the testimony of only one spouse, combined with a waiting period of six months before filing.

To start a no-fault divorce in New York, you must first buy an index number from the court. This will help identify your case to the judge. Next, you must fill out a Verified Complaint and include basic information about you and your spouse, as well as the reason for divorce. File the complaint in the clerk's office in the county in which either you or your spouse resides. This document, along with a summons, must be served on the non-filing spouse by a person over the age of 18. The spouse that was served with the complaint must respond with a written answer within 20 days. The answer requires you to indicate whether you agree or disagree with the information that your spouse supplied in the complaint.

New York is an equitable distribution state. This means that a judge will divide marital property on the basis of what is "fair" between the parties, which may or may not be equal. A court will look at several factors, including the duration of the marriage, the health of the parties, and the foreseeable future finances of both parties. One spouse may also request an award of alimony, also known as spousal support. A judge will consider several factors in making this determination, including the ability of each party to be self-supporting, the length of the marriage, and the particular circumstances of the case and of the respective parties.

A divorce by default is one of the simplest ways to divorce. It generally occurs when one spouse doesn’t answer a divorce complaint within the required time frame. Sometimes, when spouses are in agreement as to the grounds and terms of the divorce, they might decide to obtain a divorce by default as a way to avoid the additional paperwork involved in completing an uncontested divorce process. Each state has its own set of rules regarding fees, service and documents concerning the divorce process. You can use an online legal document service to prepare and file all your divorce paperwork.

In New York, your divorce case will be heard by the Supreme Court of New York in the county where you and your spouse live. In most other states, the Supreme Court in the state is the highest court in that state; in the state of New York, however, the Supreme Court system is a trial court, similar to a district court. Since your husband does not agree with your decision to divorce, this will be a contested divorce. Typically, in a contested divorce, you will have to prove that your husband is at fault in some way, and the judge will decide issues of property division and child custody.

What Is the Least Time You Have to Be Separated for You to Get a Divorce in New Jersey?

When a couple wishes to get divorced, having to wait to file the paperwork can be frustrating. In New Jersey, how long ...

How to File for Divorce in the State of Arkansas

In Arkansas, the requirements for divorce vary depending on how you were married. The state recognizes both standard ...

Disagreement between spouses usually is a major catalyst for divorce. Once the decision to end a marriage is made, if a ...