Many couples considering long-term planning options come to the realization that, together, they make too much per month or have too many assets to qualify for nursing home benefits. The “Medicaid divorce” is a planning tool that helps reduce the overall amount of assets a couple has to their name, thereby helping each spouse qualify for Medicaid without losing their entire life savings or investment properties. Many spouses choose to discuss this option with an elder law attorney before proceeding with the Medicaid divorce. 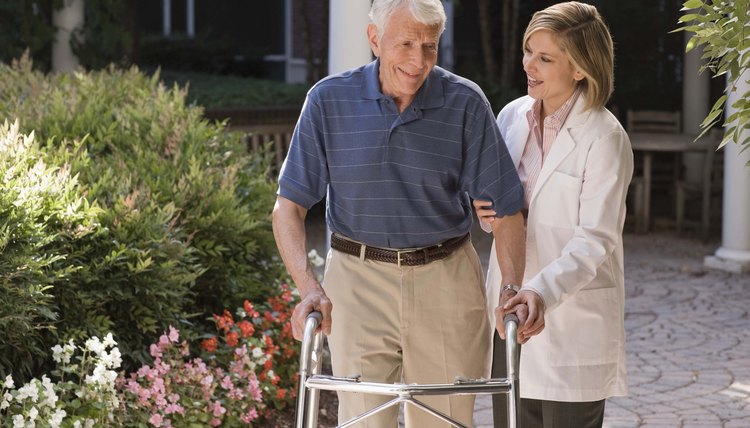 Currently, Medicare does not cover the costs of long-term care, and Medicaid assistance is necessary for many families who cannot afford the staggering costs of a nursing home. If you are in this situation, you may have already discovered that Medicaid eligibility is based on household income and assets. The laws require families to “spend down” their assets to the point of poverty before Medicaid assistance becomes available, leading many spouses to consider the “Medicaid divorce” as an option for avoiding the necessity of impoverishing one spouse while the other receives nursing care.

For one person to qualify for long-term care using Medicaid benefits, he must be in severe financial need. The qualifying spouse can only have $2,000 in countable assets, as of 2014, in order to qualify for Medicaid. Countable assets include accounts and investments, but not your primary residence or vehicle. While all states allow a community spouse (the spouse not in need of benefits) to retain certain extra income per month and reside in the marital home, the assets of both will be counted to determine eligibility at the outset. For instance, as of 2014, the community spouse is permitted just $581.63 in monthly housing expenses and may receive no more than $2,931 in income before these assets must be turned over to pay for long-term care expenses.

How a Medicaid Divorce can Help

If an applicant for Medicaid is unmarried at the time of application, his eligibility is evaluated on his assets alone. If a couple opts for a Medicaid divorce, the spouse in need of care would likely offer nearly all of the marital property to his spouse in the divorce settlement, thereby allowing her to retain the majority of their earned assets without having to report these assets in the Medicaid application. For example, a Medicaid applicant may opt for a property distribution of 80/20 in favor of the community spouse. If the spouse in need of care offers alimony to the community spouse, this will further reduce his monthly income, thereby raising his eligibility for long-term care benefits.

Impact on Other Benefits

The Medicaid divorce can also impact eligibility for other benefits received by one or both spouses. For example, couples receiving need-based Supplemental Security Income benefits who decide to divorce may experience a change in the monthly benefit amount due to the termination of their “eligible couple” status. In the context of a Medicaid divorce in which the community spouse retains a large majority of the marital assets, it is possible that spouse could experience a reduction or elimination of benefits after the transfer of marital property. A Medicaid divorce could also impact the community spouse’s receipt of Social Security retirement benefits if the spouse in need of long-term care was the earning spouse.

Divorce is never easy, but we can help. Learn More
Who Gets the House in a Divorce in North Carolina?

What Is an Irrevocable Medicaid Trust?

The cost of long-term care, even for a short while, can easily eat up an individual or couple's estate. An irrevocable Medicaid trust is a permanent agreement made by the trustor, or owner, that establishes control and management of her assets while she's still alive. The goal of forming an irrevocable Medicaid trust is to allow the trustor to keep her assets for her heirs while still qualifying for Medicaid insurance coverage for long-term medical care later. Medicaid, a state-administrated medical assistance program for low-income persons, has both income and financial resource limits for recipients.

Will My Child Support Lower My Child's SSI Amount?

If you have a special-needs child and you're facing divorce, the issue of child support can be tricky, because it could affect the government benefits she's receiving. Supplemental Security Income provides money to disabled and blind individuals, including children. They do not receive this income simply because they're infirm, however. They must also have limited earnings and assets. The Social Security Administration has taken the position that child support is unearned income to your child.

A family trust is an estate planning device used to transfer assets to family members without those assets having to go through probate. When a person creates a trust, he voluntarily transfers his property into the trust for the benefit of others. As a result, creating the trust may be considered a gift to the beneficiaries. Creating a trust is difficult and subject to state laws, which vary. Consider hiring a local licensed attorney or using a third-party legal document service.

What Is the Spouse's Rights When Divorcing Someone Who Receives Railroad Benefits?

If a person is divorcing a railroad worker, she may have a right to part of his retirement benefits and a spousal ...

How Does Divorce Affect Food Stamps?

How to Figure Alimony Payments in Iowa

After divorce, one spouse is sometimes left without financial resources to support herself, but alimony -- sometimes ...

What Are the Florida Divorce Laws Regarding Splitting of Assets & Alimony?

In a Florida divorce proceeding, the court will divide property and determine spousal support if the husband and wife ...