How to File for Alimony Pendente Lite

Alimony pendente lite is to alimony what an acorn is to an oak tree: it might grow into real alimony someday. APL is only temporary, of short duration, and you may not get much benefit from it at all. The primary purpose of APL is to level the playing field during the divorce proceedings when one spouse earns significantly more or holds ownership of most of the marital assets. It gives the under-earning spouse funds with which she can hire counsel of her own. Sometimes the money serves to maintain the marital standard of living while the divorce is pending. 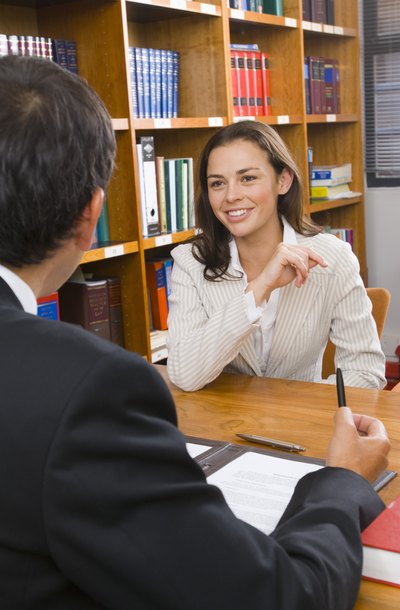 Some states have strict rules in their legislative codes regarding when a court can award APL. For example, in New York – where this type of support is called temporary alimony – your income must be less than two-thirds of what your spouse earns to qualify. APL is not punitive in nature, so a judge can't award it just because your spouse committed adultery or abandoned you. Because it's intended to help you litigate the divorce or get by temporarily, the usual rules regarding marital fault, cohabitation and other bars to regular alimony don't generally apply.

You may need a little foresight to apply for APL. In some states, such as Maryland, you must ask the court for it at the time you file for divorce. If your spouse files first, you can ask for APL in your answering pleadings. Other states, such as Pennsylvania, simply require that you make the request during your divorce action. After you file for divorce or answer your spouse's divorce complaint, you can then file a motion to make the request. You will probably also have to file a financial affidavit, demonstrating your need for the money. If you're being asked to pay APL, you'll also have to submit a financial statement illustrating your ability to pay, or your lack of funds with which to do so. The request usually necessitates a court hearing where the judge will decide whether to order APL based on the finances of your marriage. It may take several months for all the proper documents to be filed and for the court to schedule the hearing.

Judges typically don't have a lot of discretion regarding how much APL to order; formulas are often set by statute. Because APL is meant as an equalizer during the pendency of your divorce action, the equation is typically a portion of the difference between your earnings and that of your spouse. For example, if you live in Virginia and you have no children, APL is the difference between 30 percent of the higher earning spouse's income and 50 percent of the lower earning spouse's income. In any case, APL is not usually a windfall unless one spouse is considerably wealthy and the other doesn't work at all. If you're filing because you're in dire financial straits without some assistance from your spouse, speak with an attorney about the feasibility of immediately applying for spousal support instead. In some states, the criteria are different and such an award might amount to more, but you can't typically receive both.

An order for alimony pendente lite is finite. It ends when your divorce is final. Marital property is divided at this time and a spouse's need for long-term or rehabilitative support is determined. Alimony pendente lite may affect post-divorce alimony in subtle ways, because it establishes one spouse's ability to pay support to the other.

Divorce is never easy, but we can help. Learn More
Does a Spouse Receive Alimony When Divorced in Ohio?

Ohio's legislative code doesn't contain a mathematical equation for calculating alimony, also called spousal support. What it does include is a list of 14 factors that judges are supposed to consider when deciding whether to order alimony and, if so, for how long. These are somewhat loose guidelines, however, because they don't say how much weight a judge should give to each factor. Ultimately, it comes down to the opinion of the judge deciding each individual case.

Alimony, called "maintenance" in Kentucky, may be awarded to one spouse during a dissolution of marriage proceeding. Maintenance is awarded regardless of gender and on a permanent or temporary basis, depending on the financial circumstances of each spouse. The basic eligibility requirements to receive alimony are a lack of assets after division of marital property, or an inability to maintain employment with income sufficient to be self-supporting.

How Is Alimony Calculated in Arkansas?

Arkansas courts award alimony, also called spousal support, during a divorce case if the court deems that alimony is appropriate. Not every case qualifies for alimony. Ultimately, the court determines the amount of alimony awarded as well as the length of payment. An Arkansas judge bases his determination on several factors.

The law is full of legal terms, one of which is "pendente lite." This phrase refers to a circumstance or order that ...

Virginia’s alimony statutes were relatively stagnant until 1998 when the legislature finally took steps to bring its ...