How to File for a DBA Recording Studio 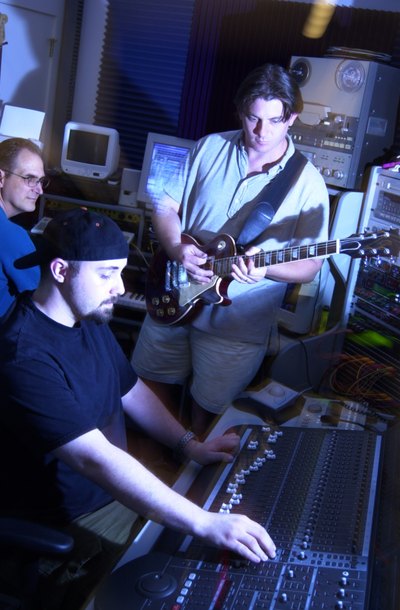 Why Register for a DBA

In order to file for a fictitious name, you will need to select an appropriate name for your recording studio. You should avoid selecting a name that is already in use by another company as you could be engaging in trademark infringement. You should conduct a trademark search in federal and state databases in order to determine if your fictitious name is already being used by someone else. You should also consider hiring an attorney or a legal service to conduct a more in-depth background search on your desired name.

As fictitious names are filed with your state government, the procedure will vary in most states. In general, fictitious names are usually registered with the county clerk's office or the department of state. You will likely be required to pay a small fee in order to assume a fictitious name for your recording studio. Additionally, some states require that you publish your intent to use your fictitious name in a well circulated newspaper prior to assuming the name.

File a DBA for your business online. Get Started Now
How to Register a DBA Name So No One Else Can Use It

A DBA, short for "doing business as," refers to the name a company or individual uses when it operates under a different name than its legally registered name. Most states require you to register your DBA with either your county clerk’s office or with your state government, depending on where you're doing business. DBAs are also called "assumed names," "trade names," or "fictitious names."

How to File Your DBA in Dallas

An assumed business name, also known as a "doing business as," allows you to operate your business under a name that is not the company's legal name as recorded on your official business registration or license. State business laws require every business to use a name that distinguishes it from other companies to avoid confusion, and DBAs make that possible. In Dallas, a DBA must be registered with the appropriate office before you can use it to conduct business.

How to Check for DBA (Doing Business As) Names

Business owners who use a name other than their own name are using a DBA, which is short for “doing business as” and also referred to as a trade name, assumed name or fictitious business name. A DBA is desirable when you want a name for your business that more readily identifies your products or services. Using a DBA is also the easiest and least expensive way for you to establish a name for your business. Before using a DBA, you should check available sources to determine whether another business is using the same DBA.

How to Register a Business Name in Michigan

Choosing a good name for your business can help you succeed in your new endeavor. When starting a small business, you ...

For individuals looking to start a business without partners, a sole proprietorship is a common business entity because ...

Do You Need a DBA for Sole Proprietorship?

A sole proprietor can work under her own name or operate under a catchy business nickname. A DBA, which stands for ...

How to File a DBA in Idaho

In Idaho, you can operate your business as a sole proprietorship -- meaning there is no legal difference between you ...