Military members must get divorced in state civilian courts, and the basic divorce steps are similar whether the divorcing couple is military or civilian. However, military service can complicate the divorce when it comes to issues of residency. State laws determine where you, as the military member, can file your divorce case. 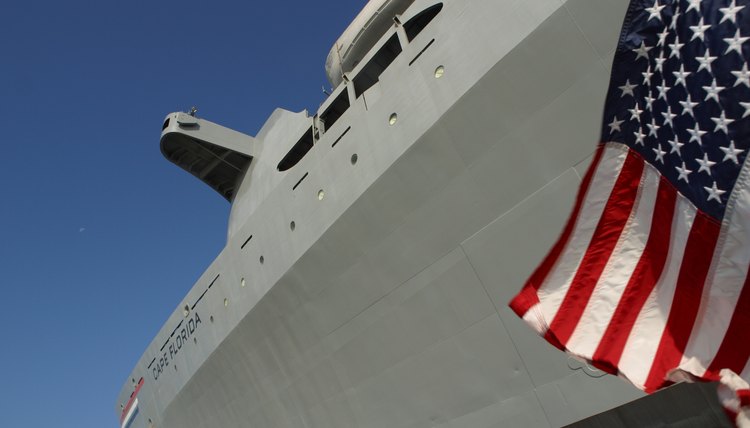 Determining Where You Can File

State laws determine who can file for divorce in each state's courts. It may not be enough that you live in a particular state, since states typically require a period of residency before you can file. For example, Florida law generally requires at least six months of residence in the state before you can file for divorce there, and you must prove your residency with a driver's license, government identification card or other official documentation. Often, military members can choose from multiple states where they are eligible to file. For example, you may be able to file in your legal state of residency--typically the state where you pay taxes--and the state where you are currently stationed.

Filing while overseas can be more difficult than filing while you are at home, but it is not impossible. Many states, like Virginia and Florida, allow military members to file while deployed if they claim legal residency in the state or are stationed there. For example, if you are stationed in Virginia but deployed to Afghanistan, you may be able to file for divorce in Virginia even while you are overseas. You may also be able to file in your spouse's state of residency since states typically only require one spouse to live in the state to obtain a divorce there.

If your spouse is also a military member, you may run into problems trying to serve her with the divorce paperwork, thereby delaying your case. Generally, states require you to serve your spouse personally with notice of the divorce lawsuit before the case can proceed. Many states also allow a form of substituted service, such as service by mail, so you may be able to serve her in these ways even if she is stationed overseas. If you have the ability to choose between your state of residency and your spouse's state, you may want to check out the service options in each state before deciding where to file.

Military Pensions and Other Factors

Where you file can also affect other aspects of your divorce, including child support calculations and division of your military pension. Since state laws determine how your divorce court addresses these matters, choosing a state in which to file may determine the outcome of many divorce issues. For example, though states can divide military pensions according to their laws, Puerto Rico courts cannot divide military pensions. The cost of traveling to another state for the divorce might be another factor to consider. For example, if you recently were stationed in a state far away from your spouse, you may wish to wait to file until you qualify to file in your new state. This may help you avoid the cost of traveling to your spouse's state for hearings or other divorce-related issues.

Divorce is never easy, but we can help. Learn More
How to Divorce a Wife That Left the State

The divorce of a service member, whether in the Air Force or any other branch of the military, is handled in a civilian state court. A spouse filing for divorce must meet state residency requirements, and the division of assets and benefits between the couple also is handled in accordance with state law. However, there are several unique wrinkles governing the divorce of a military member, especially if he is deployed oversees.

Texas requires anyone who files for divorce in the state to meet both state and county residency requirements. Since ...

Military courts don’t issue divorces, so military members must get divorces from state courts like everyone else. ...