How to File a Motion for Child Custody in Illinois

Unfortunately, a final judgment of divorce and custody order does not mean you and your ex-spouse won’t be on separate sides of the courtroom again. If you have children, situations may cause you or your ex-spouse to return to court seeking a change of custody. Since Illinois prefers that children be kept in a stable environment, any chance of success depends on you having a strong case for disturbing that environment. 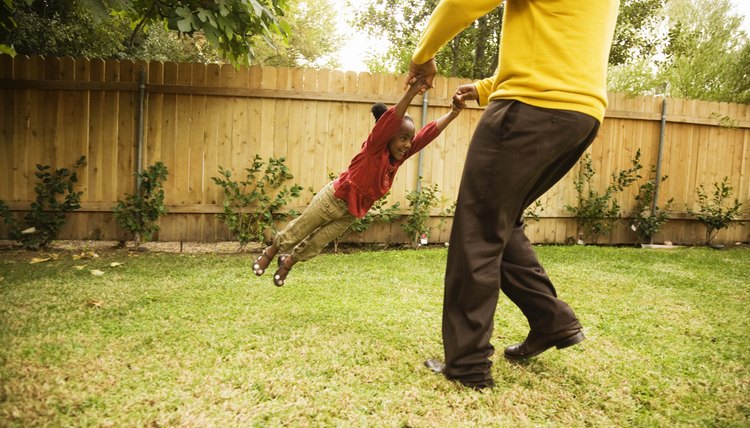 Generally speaking, two years must pass before a noncustodial parent can file for a modification of custody. Parents who file after two years will have to prove that there has been a substantial change in the minor child’s circumstances and it's in the child's best interests to modify custody. Parents seeking to change custody before the two-year time frame are required to show, via a filed affidavit and at the court hearing, that the child’s current situation is a serious endangerment to her physical, mental or emotional health. This can be hard to prove, which is why individuals often must wait the full two years. The two-year waiting period can be waived if both parents are in agreement regarding modification.

When initially determining custody during a divorce, the court examines various factors to decide what type of custody would be in the child's best interests. Some of these factors include the mental and physical health of the parents and child and the bond the child has with each parent, the community and his school. In a modification, courts favor keeping the child in a stable environment, resulting in a bias toward maintaining his home with the custodial parent. The court will consider whether there has been a substantial change in the child’s circumstances since the original order and whether a change in custody would serve the best interests of the child. Examples of changed circumstances that may warrant modification include a substantial drop in the child’s school performance, child’s development of health problems because of the custodial parent’s neglect, abuse of the child, exposing the child to immoral conduct or leaving the child at home alone at an inappropriate age.

Illinois law provides a procedure for a parent seeking to modify custody. The noncustodial parent will file a motion for modification of custody -- along with the corresponding affidavit if the two-year limit has not been met. There are two ways to serve your spouse: Either she can sign documents stating she received the papers or you can mail the papers to her and then complete a form certifying the date they were mailed. All of these documents should be filed in the court that issued the original custody order.

Depending on which county you live in, you and your ex might have to participate in mediation before your court hearing. In addition, depending on the circumstances stated in the complaint, a judge may require the parents and children to undergo psychological testing to determine their mental functioning. Judges may also appoint a lawyer, child psychologist or guardian ad litem (a representative for the child) to report on which custody situation would be in the child's best interests.

During a pretrial conference, the judge will make the opposing sides state what their arguments are and what they plan to prove in trial, and go over any reports or testing results from appointed professionals. The judge will give her opinion on what the potential ruling might be based on what is said at the conference in an effort to bring about settlement. If the parties still cannot reach an agreement, the case will go to trial. At trial, the judge will hear testimony and arguments from each side as well as that of any witnesses. At the conclusion of the trial, the judge will make a decision and enter it as a final order.

Divorce is never easy, but we can help. Learn More
How to Fight for Child Custody in Wisconsin

How to File for Sole Custody & Supervised Visitation in New Jersey

In New Jersey, there is a strong presumption in favor of preserving the family unit and ensuring children have ample time with each parent. When time with a parent places a child in danger, however, the courts may grant supervised visitation on a permanent or temporary basis. Cases involving supervised visitation can quickly grow contentious and may involve complex legal issues. A parent who is seeking modification of an existing custody has the burden of proving to the court why a change in the order is necessary.

Child custody and visitation cases can become contentious, especially when they involve an infant. Early attachment and bonding can affect a child's relationship with her parents for the rest of her life. Unfortunately, traditional custody arrangements may not facilitate this bonding process. Parents engaged in custody disputes over very young children should carefully consider the importance of developing attachments and work to maintain the child's attachment to both parents.

How to Legally Change Physical Custody in Pennsylvania

Pennsylvania, like all states, uses the "best interests of the child" standard when making custody determinations. The state also has a strong presumption in favor of shared custody because frequent contact with both parents is often in the child's best interests. Changing physical custody can be accomplished either by reaching an agreement with the other parent or by petitioning the court for a change in custody.

In Ohio, each parent has equal rights to the child and courts almost always give visitation to the non-custodial ...

How to File a Petition for Child Custody in Tennessee

There are two ways to file for child custody in Tennessee: via divorce and through a petition for custody (or petition ...