How to File for Sole Custody & Supervised Visitation in New Jersey

In New Jersey, there is a strong presumption in favor of preserving the family unit and ensuring children have ample time with each parent. When time with a parent places a child in danger, however, the courts may grant supervised visitation on a permanent or temporary basis. Cases involving supervised visitation can quickly grow contentious and may involve complex legal issues. A parent who is seeking modification of an existing custody has the burden of proving to the court why a change in the order is necessary. 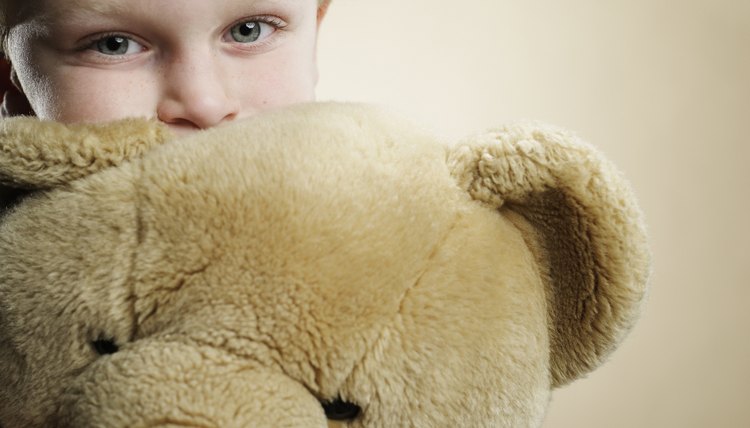 Custody orders typically address two kinds of custody: legal and physical. Legal custody means having the right to make decisions concerning the child's upbringing, such as education, medical care and religion. Joint legal custody means both parents must share in these decisions. Physical custody governs the child's primary place of residence. Sole physical custody means the child lives with one parent and visits the other. When a parent is granted sole custody, it means she has both legal and physical custody of the child. New Jersey has a strong bias in favor of preserving the family unit and will only grant sole custody when it is in the child's best interests. This might occur when one parent is abusive, neglectful or suffers from an untreated mental illness. Most parents seeking supervised visitation seek sole custody.

Even when one parent has serious deficiencies in his parenting skills, the state of New Jersey prioritizes the parent-child relationship. Judges may order supervised visitation both to preserve the parent-child relationship and to ensure the child is safe. Frequently, the visitation is supervised by a court-appointed volunteer, but a family member or friend may also be the visitation supervisor. Supervised visitation is only granted when the non-custodial parent may pose a danger to the child either through neglect, abuse or extremely reckless decision-making. Supervised visitation orders are often issued on a temporary basis. They may last for a set period of time or be re-evaluated after the parent completes specific goals -- such as therapy or anger management -- outlined by the judge who issued the order.

If a custody order is already in place, you must file a motion for modification of child custody. If you are divorcing, you must complete a divorce packet for parents with children. New Jersey law requires that parents seeking custody attach a parenting plan to motions for custody. You can obtain the necessary paperwork from the clerk of court in the superior court of the county that granted the divorce or issued the original custody order. After you complete the motion, return it to the clerk and pay the filing fee. You must serve the other parent with the paperwork. In many counties, you can do this by completing a service form and returning it to the clerk, who will have the sheriff serve the other parent. If the clerk does not have a form for service, you must serve the paperwork yourself, either by hiring a process server or mailing it to the other parent's address via certified mail, return receipt requested.

New Jersey courts encourage parents to settle custody disputes on their own. Frequently, judges order parents to meet with mediators or parenting coordinators before the case goes to trial. They may also appoint a guardian ad litem to represent the child's best interests. When your case does go to trial, you must present specific evidence indicating it is in your child's best interests to live with you and only have supervised visitation with the other parent. Bring documentation of abuse, poor decision-making and other behaviors that put your child in danger. If others have witnessed any problematic behavior from the other parent, you can call that parent as a witness as well.

Divorce is never easy, but we can help. Learn More
How to Petition for Sole Custody in New York

In the past, most custody arrangements granted primary custody to mothers, giving only a few days of visitation to fathers. Recognizing the importance of promoting both parents' ongoing involvement with their children, however, many states now favor some form of shared custody. Shared custody arrangements can be ordered by a judge or agreed to by the parents, and they may be structured in a variety of ways.

In Rhode Island, sole custody may refer to either physical or legal custody. Sole legal custody grants the custodian ...

Public policy in New Jersey holds that both parents should be regularly involved in their child's life. When one parent ...