What to Do First in Pennsylvania – Divorce or Child Support?

In Pennsylvania, a final divorce judgment not only dissolves a legal marriage, but also resolves important issues related to the marriage, including property and spousal support. If the couple has minor children, the court is also tasked with making orders regarding child support and custody. Because the divorce process can take considerable time, either party may request temporary orders, which will last until the divorce is finalized. 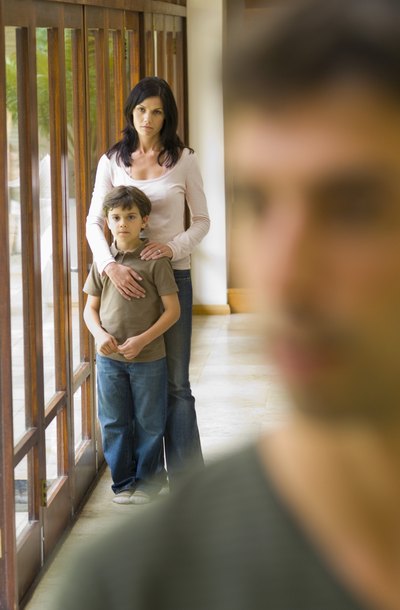 In order to request an order for child support in Pennsylvania, you must have initiated a divorce proceeding. This is accomplished by filing a Complaint for Divorce with the prothonotary office. In the document, you are required to provide the names and ages of your children. Once the paperwork is complete, your spouse has been notified and has filed a written response, the divorce process has officially started and you may seek an order for temporary child support.

Once the court has reviewed your documents, a brief hearing is typically scheduled with a hearing officer. At the hearing, the officer will hear testimony from you and your spouse regarding your current incomes, and you may request that he issue a temporary order with a support obligation. The officer will look to the child support guidelines, which attempt to recreate a level of support as if the parties were still married. This calculation looks first at the combined incomes of both parents. That number then corresponds to a total support amount on a worksheet, based on the number of children. The spouse ordered to pay support is then responsible for a dollar amount based on her proportion of income to the total household income.

The manner in which temporary custody is arranged will have a bearing on the temporary support order, particularly in determining which spouse is ordered to pay. In Pennsylvania, the number of overnights the child has with each parent during the divorce, known as temporary physical custody, is addressed in a conciliation conference. After listening to both parents, the conciliator will make recommendations to the court, which are relied upon in establishing temporary custody orders.

Because temporary support orders are made quickly and with limited information from the parents, they may differ from the eventual permanent order. While a divorce is pending, the parties exchange more financial information and both parents have an opportunity to fully present their positions on both custody and support to the court. Further, in Pennsylvania, judges are allowed to make adjustments to the guideline support obligation in certain circumstances. This is known as a deviation, which can be based on extreme medical bills, unusual needs, or any other factor the court finds relevant after hearing the evidence offered by both parents.

Divorce is never easy, but we can help. Learn More
Amount of Child Support in Mississippi

While a divorce is a momentous change in the life of both parents and their children, North Carolina courts attempt to maintain some continuity when awarding child support. Ideally, a child support award provides children with the same support and lifestyle they had before their parents separated. With this in mind, courts will consider the income of each parent as well as which parent has primary custody of the children. The support payment is based not only on the ability of each parent to pay support, but also the needs of the children.

Understanding the custody procedure in South Carolina can help parents better prepare and present their case to a judge. The process operates similar to a trial, with parties exchanging information in advance and attempting to reach a mutual resolution, based in either sole or shared custody arrangements. If the parents cannot effectively resolve these issues to the satisfaction of the court, a judge will issue an order following an analysis of the factors related to the best interest of the child..

How Do I Calculate Disposable Net Income for Child Support Payments?

States take the position that both parents are responsible for financially supporting their children after divorce. ...

How to Modify Your Divorce in Oklahoma

When a couple obtains a final divorce decree in Oklahoma, the order includes certain provisions that govern issues like ...

What Happens at an Emergency Custody Hearing?

In an emergency custody hearing, a judge hears preliminary evidence and addresses emergency situations only. She may ...