Florida law “presumes” that the fairest way to end a marriage is to give each spouse 50 percent of the property acquired while they were together. That doesn’t necessarily mean this will happen, however. It means a judge will begin deciding property distribution with the assumption that he’ll give half to each spouse. However, because Florida is an equitable distribution state, a judge may then take other factors into consideration, and those factors might result in something closer to a 60/40 split. 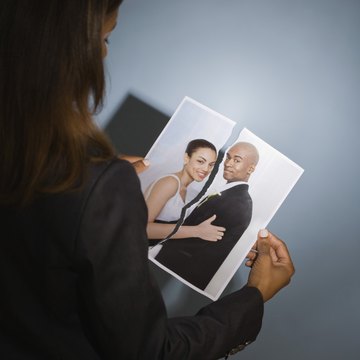 When deciding how to divide property, a Florida judge will set aside anything you owned before you married and anything gifted specifically to you during the marriage as separate property. An inheritance or an investment turned over to you from your parents is your separate property, as long as you never put it in joint names or joint accounts. What’s left is subject to a 50/50 split if no extenuating circumstances apply. For example, if your spouse planned the divorce, began selling off assets, and squirreled the cash away in an account in his sole name or that of his mother, a judge might well award you more than 50 percent of the remaining assets to compensate for that. If you historically refused to work and your spouse purchased all marital assets with his own income, he might receive more than half of them at the time of the divorce. Generally, a judge won’t stray very far from a 50/50 split.

Your house may be an exception to Florida’s 50/50 premise. If you have children, Florida judges tend to avoid uprooting them from their home, so if you’re the custodial parent, you could at least end up with exclusive possession of it until your children are grown. A judge might allow you slightly more than 50 percent of all property to award you the equity in the home, or he might split the equity in the home evenly but defer its sale until your children have left the nest.

In October 2008, Florida passed a new equitable distribution statute that allows spouses to transfer title to some assets before their divorce is final. A judge might order this if one spouse has inadequate money to hire an attorney. Even if this does not occur, Florida courts will not consider any alimony award until a judge has divvied up marital property and assigned it to one spouse or the other.

Florida’s property division laws become irrelevant if you and your spouse make an agreement as to how you’re going to separate your marital assets. Florida courts have held that a prenuptial agreement is a contract between two individuals that supersedes state law, and the state also recognizes marital settlement agreements when you divorce, even if you never signed a prenuptial agreement. You have the right to decide between you who is going to get what, and the state will not interfere with that unless your agreement is grossly unfair.

Divorce is never easy, but we can help. Learn More
Is Inheritance a Marital Asset in Florida?

Your home may be the most valuable asset you and your spouse own, so it will be important for you to claim your ownership interest during a divorce. Connecticut courts split all assets in an equitable manner; the split should be fair if not equal. If you and your spouse both get a share of the house in your divorce, you may have to sell it or refinance to actually split the value.

West Virginia is an equitable distribution state. This means that although the judge will presume that you and your husband's property should be divided exactly in half in your divorce, she can divide the property unequally if it leads to a fair and just result. If you and your husband agree to split your property unequally in a separation agreement or a prenuptial agreement, a West Virginia judge will usually approve the agreement if it appears fair and both spouses made the agreement knowingly and without threats or pressure from the other.

Does a Colorado Court Split Assets at a Final Hearing for Divorce?

Colorado is an equitable distribution state so spouses roll the dice when they’re unable to divorce by agreement and ...

Ohio courts can divide all types of property in your divorce -- real estate, household furnishings, vehicles and bank ...

If you received an inheritance before or during your marriage, you may be trying to keep it from being divided in your ...