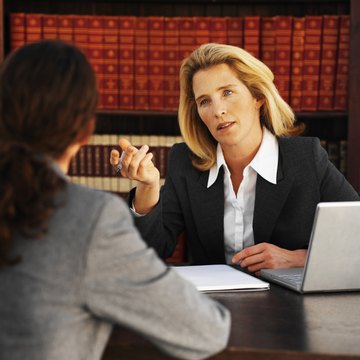 Formation of a Power of Attorney

The person who creates the document is known as the principal; the person whom he authorizes is known either as the agent or the attorney-in-fact. The principal must sign the power of attorney in the presence of two independent witnesses who should also sign. The principal should then acknowledge the document before a notary public. Section 709.2113 of the Florida Statutes provides that the agent accepts appointment by carrying out the duties set out in the power of attorney or by any other conduct that indicates acceptance.

A durable power of attorney continues in force even if the principal becomes mentally unable to make his own decisions. As of October, 2011, durable powers of attorney come into force immediately upon signing. According to Section 709.2105 of the Florida Statutes, an agent may be an individual over age 18 or a financial institution that is authorized to conduct trust business in the state of Florida.

Duties of the Agent

Section 709.2114 sets out the duties of the agent and states that an agent may act only within the authority granted in the power of attorney. In addition, an agent should act in good faith and in the interests of the principal. Agents should keep records of all expenses and payments made on behalf of the principal.

Recognition of Powers of Attorney

Section 709.2106 of the Florida Statutes states that powers of attorney legally signed in other states are valid in Florida. If an organization such as a bank is unsure about the validity of a power of attorney from another state, it can ask for an opinion from a legal counsel to confirm that it has been properly signed. According to Section 709.2105 (5), a photocopy or electronic version of an original power of attorney is as effective as an original.

Ready to appoint a power of attorney? Get Started Now
Durable Power of Attorney in Oregon

Laws of Tennessee Power of Attorney

Florida enacted its first LLC laws in 1982 and they were restated in new legislation passed in 1999, known as the Florida Limited Liability Company Act. The restated laws were in response to then-recent changes in federal and state tax laws. The act provides for the formation of domestic LLCs and professional service LLCs, as well as registration of LLCs formed outside of Florida, called foreign LLCs. The Florida Department of State oversees enforcement of the act and provides online services and information to facilitate the compliance of business owners. Owners of an LLC are known as members.

Power of Attorney in Nevada

Power of Attorney for Real Estate Transactions in Florida

A power of attorney document may be used in real estate transactions in Florida so that one person may sign documents ...

Many people may need to use a power of attorney at some time during their lives, either for a limited time or for an ...

Alabama Law on Power of Attorney

A power of attorney authorizes another individual to act on your behalf in relation to all or some of your affairs. ...