What Is Gene Patenting?

A patent is a legal protection that allows an inventor to reap the exclusive economic benefits of her invention for a number of years. The U.S. Patent and Trademark Office began allowing genetic researchers to patent genes in 1980 and has since allowed gene fragments to be patented as well. Gene patenting is controversial within the scientific community as researchers debate its effect on medical research, particularly regarding patents on human gene sequences. 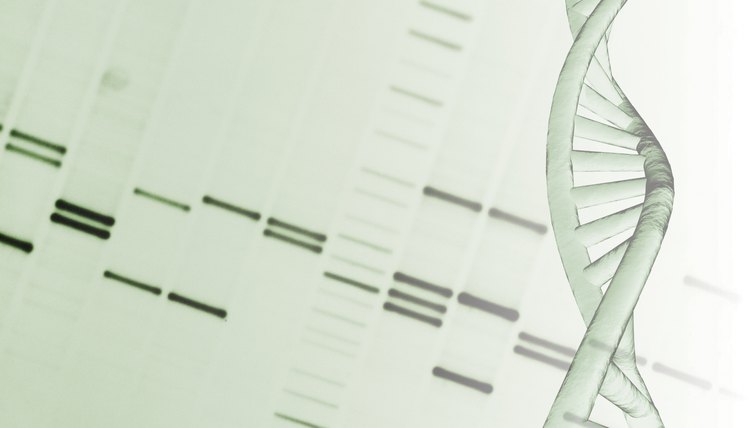 Patents are available for any new and useful composition of matter, like a gene sequence, that is invented or discovered by someone. The subject of a patent must be new or novel and not obvious to the casual observer, according to the United States Patent and Trademark Office. A patent grants to the inventor or discoverer the right to prevent others from making, using or selling the item that is the subject of the patent for 20 years. After 20 years, the item can be manufactured or sold by anyone, so the inventor loses the competitive advantage conveyed by the patent.

Natural items are generally not patentable, according to the Human Genome Project. Genes were considered non-patentable natural items before 1980. In that year, the U.S. Supreme Court allowed a patent to be issued for a genetically modified bacteria, determining that the item at issue was not found naturally in the environment. Genes become patentable when a gene or gene fragment is isolated and modified to be different, by some degree, than it occurs in nature, and the person applying for the patent must demonstrate that the gene has some commercial use. The U.S. Patent and Trademark Office also allows for patenting of the entire genetic code of a new plant species, allowing plant breeders a 20 year monopoly on plants that they invented through their breeding programs.

Holding a patent on a gene sequence allows a pharmaceutical company, agricultural development company or academic institution to profit from the discovery, thus funding the facilities and personnel necessary to support their research. However, any other researcher wishing to study a patented gene sequence must pay the patent holder for an exemption or license to do so. The patent holder has no legal obligation to grant anyone permission to use the patented gene sequences, even the 20 percent of the human genome that is held under private patents. This may have the effect of stifling innovative research into medical advancements.

Not all researchers choose to patent the patentable genes they identify. For example, the Human Genome Project places all its research and genetic sequence identification in a publicly accessible data bank and has not filed patents on the subjects of its research. Keeping gene information in the public domain encourages wide-spread medical and scientific research, according to biotechnology advisor Alan R. Williamson. Once a gene sequence has been published in the public domain, it is open to everyone to use, and no future user may file a patent on it. Keeping gene sequences in the public domain makes research and development of valuable medical advancements cheaper and faster, according to the Human Genome Project.

File a provisional application for patent online. Get Started Now
How to Apply for a Patent for a Recipe

Can You Patent Ideas or Theories?

There is a long-standing legal principle in the United States, based on but not explicitly found in the language of the Patent Act, that "abstract ideas" cannot provide subject matter for a valid patent. What exactly this means is quite unclear. Litigants and courts have to thrash it out, case by case.

In general, there is no specific legal limit on how many fundraisers that a nonprofit can hold in a year. However, certain types of fundraising activities may lead to legal problems if held too frequently. Not only might the frequency of certain fundraisers make their revenues subject to taxation, but if the organization is exempt from federal income tax, this could even prompt the IRS to revoke its tax-exempt status.

How to Cite a Patent Application

A patent is a type of intellectual property right granted by the U.S. government. Patents allow inventors to prevent other people from copying or using their invention without compensation. Each patent is given a unique number by the United States Patent and Trademark Office (USPTO). If you are a researcher, lawyer or journalist, it may be necessary for you to cite patents in your work. The exact method for citation that you use will depend on where you are citing the patent. Different methods are used for legal citations, scientific citations and journalism.

President George Washington signed the first American patent granted to Samuel Hopkins in 1790 for a product used to ...

U.S. patent law is ultimately based on the federal constitution. In addition, many federal statutes and regulations ...

How to Renew a Patent

Patents granted by the U.S. Patent and Trademark Office are designed to encourage discovery and invention by granting ...

Can You Ever Lose a Patent?

Patents provide legal protection for your unique ideas translated into inventions. This exclusive right to put an ...