Who Gets the Apartment in a Divorce in New York?

During a marriage, both spouses can become emotionally attached to a residence. If the couple decides to divorce, neither spouse may want to go through the burden of uprooting and looking for a new place to live. Knowing the authority the court has in determining which spouse will own or have the right to occupy an apartment, will help reduce some of your uncertainty heading into divorce. 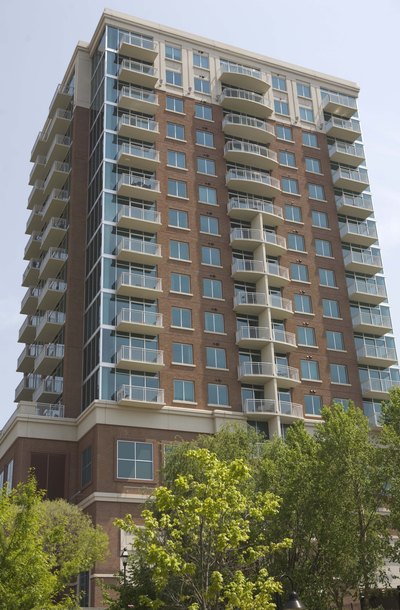 When a divorcing couple cannot come to agreement over property division, New York courts will divide most property acquired during the marriage via equitable distribution, which is intended to divide property fairly, although not necessarily in a 50/50 split. To arrive at a fair result, judges consider several factors in state law, including monetary and non-monetary contributions to the marriage.

If you own your New York apartment, the first step is to determine whether the asset is subject to division. If you or your spouse purchased the unit before you married or if the property was a gift or part of an inheritance given the marriage, the court may consider it as "separate property." If so, that property will remain with the spouse who acquired it. Otherwise, assets are generally subject to division. If a spouse's actions showed that she intended to convert the asset to joint ownership during the marriage, the court may decide that that the property is no longer considered separate property. This might be the case if the spouse who did not own the property was added to the title, and she was given the authority to remodel or sell the unit.

If your apartment is rented, property division can become more complicated. By definition, neither spouse owns the rental property so that the rental property does not create any jointly owned property for the judge to divide. New York courts have recognized how rigid application of this rule could make it difficult for both spouses to find affordable substitute housing, particularly if they have lived in an apartment for several years and it is rent controlled. For that reason, courts have held that judges can determine which spouse may occupy a rental unit after divorce as part of property division.

In determining which spouse should be awarded the apartment or have a right to continue living in a rental unit, the court is allowed to consider which spouse was awarded primary custody of the children. This preference is to encourage stability in the children's home environments. Other factors include determining the needs of both parties; whether one spouse made contributions toward advancing the other spouse's career; and, the amount of any spousal support orders. If the apartment is a large asset, the court could choose to offset the award with a greater award of other property or support to the other spouse.

Divorce is never easy, but we can help. Learn More
The Primary Residence in a Divorce

Community Property Laws in California for a 10 Year Marriage

California is a community property state, which means the law presumes all property acquired during the marriage is owned equally by both spouses. As a result, the court will divide marital property equally if spouses later divorce. The length of your marriage does not affect the division of assets and debts. However, it is relevant when determining spousal support.

Spousal support serves an important role in helping a divorcing spouse with insufficient income make the transition to single life. Courts in Idaho may award support if one spouse is not able to support himself; couples also have the option to negotiate and enter into a spousal support agreement on their own. Spousal support may automatically end after a period of time and either spouse may petition the court to modify support if circumstances change.

Can a Divorce Decree Force a Refinance?

As a general rule, courts – even divorce courts – can't force someone to take on debt. But they can put you in a position in which you must do so to comply with another order. This might be the case if your divorce decree awards you the family home under the terms of an agreement reached with your spouse or because the court ordered it in a property division. You could find yourself in the position of having to refinance to buy your spouse's share of the property.

When you divorce in New Hampshire, the state court must decide how to divide property between you and your spouse. If ...

Who Gets the House in a Divorce in North Carolina?

A house is often a significant part of a family's property. During divorce, spouses likely need to negotiate the ...

Owning your own home is still the American dream, but a home can be tough to split between divorcing spouses. For ...