Getting a Divorce in a Long-Term Marriage

Many of the same things are at issue when long-term and short-term marriages end: the marital home, retirement benefits and alimony. The longer the marriage, the less likely it is that child support and custody will be in dispute; children may have flown the nest after a 20-year marriage, or are close to doing so. However, like their children, parents grow older during the term of the marriage as well. This can put a different spin on the same issues. 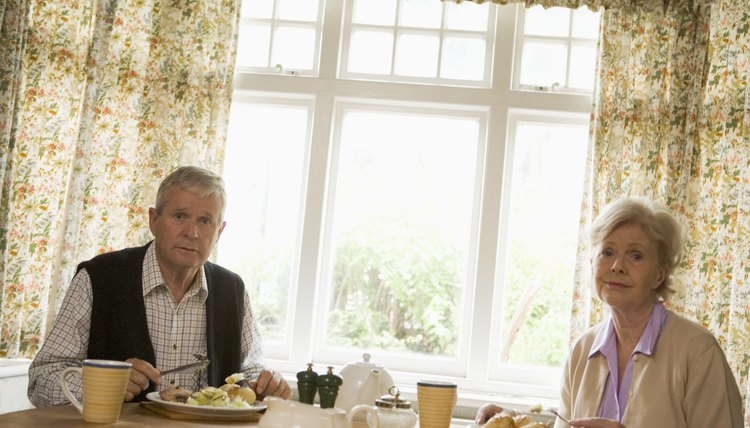 The length of a marriage is usually a pivotal factor when it comes to alimony. The longer a couple is married, the more prone a court is to order spousal maintenance for the under-earning spouse, if there’s a significant disparity in incomes. After a long-term marriage, alimony awards are less likely to be rehabilitative and more likely to be permanent. Courts usually order rehabilitative alimony for a short period of time during which the under-earning spouse can resume her education or hone her job skills so she can begin providing for herself. If the under-earning spouse has rarely or never worked throughout a 25-year marriage, it’s unlikely that rehabilitation would improve her income to a level where she could live in the same comfort she did when she was married. Courts are reluctant to leave one spouse impoverished after a long-term marriage, so if the other spouse has the ability to pay, courts will usually order ongoing financial support.

A lengthy marriage means retirement age is going to come sooner rather than later, and this can affect a divorce as well. When a spouse paying long-term alimony can prove to a court that it’s reasonable for him to retire, courts will generally modify his alimony obligation downward. When this occurs, the income of the spouse receiving alimony will drop, but it will take a bite from the paying spouse's reduced income as well. Courts don’t “double dip” by including retirement benefits in the paying spouse’s available income when calculating alimony modifications, because the marital portion of these benefits are apportioned at the time of the divorce.

When spouses have been married for a long time, the odds increase that they’ve managed to pay off their home. This creates a substantial asset, free and clear of liens. Normally, when spouses divorce, and there is a mortgage against the home, the spouse keeping it will refinance in an amount sufficient to pay off the existing lien and pay the other spouse half of the equity value. When a home is lien-free, and spouses are close to retirement, this can be prohibitive. If the home is valued at $300,000, the spouse keeping it may have to take on a $150,000 mortgage to buy out her partner’s equity at a time when her income will soon be dropping due to retirement issues. Some courts have addressed this problem by awarding the house outright to one spouse. In this case, her partner’s equity share in the home becomes a one-time lump sum alimony payment.

While questions of custody are less likely in a long-term marriage, that doesn't mean all issues with children disappear. Children of divorced parents are at an economic disadvantage when it comes to college costs, according to the Wall Street Journal. Most courts expect college students to exhaust their own means of paying for college first, such as through grants, scholarships and student loans, before obligating parents to pay any outstanding balance. When parents are funding two separate households rather than one, due to divorce, and when they’re facing an additional drop in income due to retirement, assisting their children can become impossible.

Divorce is never easy, but we can help. Learn More
How to Divorce at 60 Years Old

When couples divorce, one or both spouses may ask the court to award alimony, also known as spousal support and maintenance. The court looks at a variety of factors when determining whether alimony should be granted, in what amount and how long it should last. However, courts are prohibited from awarding alimony based on gender or excluding a spouse from receiving it for the same reason.

Stay-at-home moms and unemployed wives are among the most vulnerable of spouses in a divorce. Individual state laws vary a great deal, but the decision of whether to award financial support to a wife usually rests in the hands of a particular judge. If he’s sympathetic to your plight, he’ll use the discretion granted to him by law to order your spouse to provide you with a steady income post-divorce. Otherwise, you might find yourself unable to make ends meet.

How Does Underreported Income Affect a Divorce?

In community property states, income is a marital asset. One spouse might earn it, but both have an equal right to it. Equitable distribution states treat marital income in much the same way. It affects virtually every aspect of a divorce, so both spouses may have a great deal to gain by telling the court they earn less than they actually do. However, if a court discovers the misrepresentation, the judge can punish the lying party by imposing sanctions -- anything from ordering him to pay the other spouse's attorney's fees to not allowing him to argue against the other spouse's requests at trial.

Alimony is never a sure thing in a divorce. In most states, it comes down to the discretion of a judge. Congress has ...