Arkansas is a little different from most states when it comes to marriage and divorce. There are two types of marriage in Arkansas: "regular" marriages and covenant marriages. To end a covenant marriage, a couple must undergo counseling mandated by the marriage agreement before they are allowed to divorce. However, legal separations are treated similarly in both types of divorce. In other respects, Arkansas has adopted contemporary ways to dissolve a marriage, including no-fault divorce and legal separations that allow couples a cooling-off period before formally dissolving their marriage. 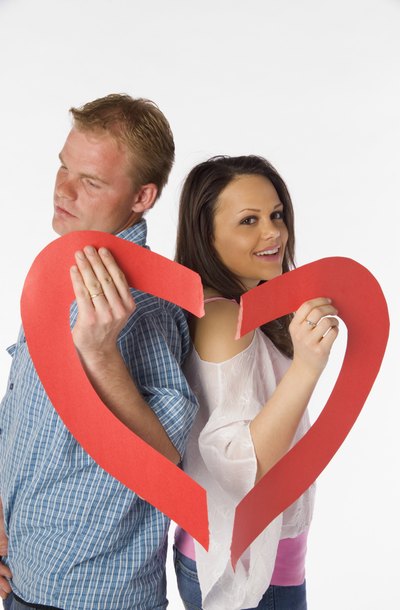 Legal separations come into existence as part of a court order or by written agreement of the parties. A legal separation in Arkansas usually is a prelude to divorce, but not an irrevocable one -- parties are free to reconcile at any time. Spouses in Arkansas are required to live apart before they are eligible for a divorce. A separation agreement is essential to protecting your rights during the separation period. Separation agreements can also influence the court in determining the final elements of a divorce decree. For these reasons, consulting a professional in family law is advisable.

if you are contemplating a divorce in Arkansas, obtaining a legal separation will enable you to resolve issues that fall under the same jurisdiction of the court presiding over your divorce proceeding. In essence, a separation agreement works the same way as a divorce order and the issues are basically the same -- the division of assets, spousal and child support orders, and child custody and visitation arrangements. If you are involved in a contested divorce, very specific terms should be written into the separation agreement.

Divorce is never easy, but we can help. Learn More
How Long Do You Have to Wait After Legal Separation to Finalize a Divorce in Colorado?

What Are the Benefits of Legal Separation Vs. Divorce?

Legal separation and divorce are two options for married couples who wish to part ways. According to the Centers for Disease Control and Prevention, roughly 34 percent of marriage relationships ended in divorce as of 2011, making this an increasingly significant issue. Legal separation offers married couples with serious relationship issues an opportunity to separate, just as they would in a divorce, but without the legal finality provided by a divorce. This provides a number of benefits to spouses and families.

Does a Separation Agreement Supercede a Divorce Judgment?

While a separation agreement is often a first step toward a divorce, the divorce judgment provides the final say on the terms of the divorce. The particular laws and legal terminology will differ depending on your state, but generally separation agreements allow couples to maintain some control in an otherwise stressful situation.

Even in no-fault divorce states where dissolving a marriage is a matter of personal choice, a judge must supervise your divorce proceedings and sign off on your divorce agreement. A divorce is not granted until the court enters a final divorce decree.

Does Arizona Automatically Turn a Separation Into a Divorce?

Getting a divorce is a last resort for married couples. In some cases, spouses may wish to pursue legal separation as a ...

Maryland offers two types of divorce: limited and absolute. When a couple wishes to separate and is not ready to ...