Do You Have to Give Your Husband a Divorce After a 7-Year Separation in the State of Mississippi?

Divorce is governed by each state’s laws, so Mississippi law determines when Mississippi spouses can divorce. Mississippi does not provide for legal separation, so spouses must divorce to legally divide their lives. However, a spouse is not required to give her husband a divorce in Mississippi even when they have been separated for seven years. 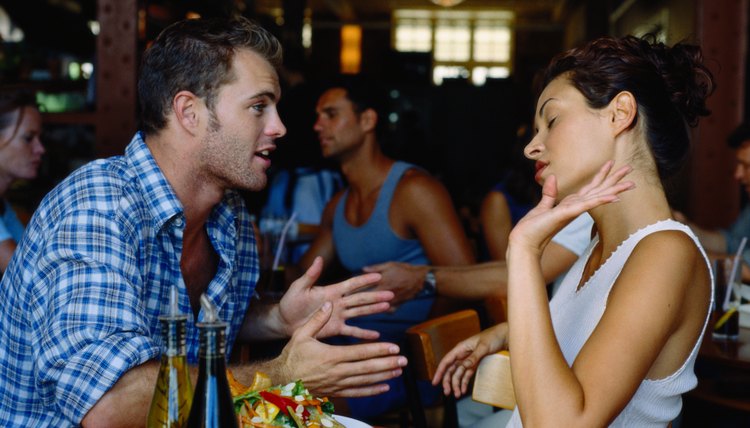 Obtaining a divorce is often more difficult in Mississippi than it is in other states because Mississippi’s laws are more restrictive. The only way one spouse can obtain a no-fault divorce in Mississippi is to file on the grounds of “irreconcilable differences,” but courts will not grant a divorce on this no-fault ground unless both spouses have signed a written agreement indicating they both want a divorce and either resolve all issues in the marriage or consent to having the court decide the unresolved issues. Either spouse can stop this divorce process by simply refusing to sign the agreement.

Mississippi offers many fault-based grounds for divorce, so if one spouse will not agree to a no-fault divorce, the other spouse can file a suit alleging one of the fault grounds. These grounds include habitual drunkenness, adultery, criminal conviction and drug use. Depending on the cause of a couple’s separation, several of these grounds might fit their situation. A spouse can file on the grounds of desertion for at least one year, but the spouse who left cannot use this ground.

If none of the fault grounds for divorce match a spouse’s situation and the other spouse will not agree to a divorce, the spouse who wants a divorce must find a way to pressure the other spouse to allow a divorce. For example, the spouse who wants divorce can file for divorce on the grounds of habitual cruel and inhumane treatment to get the other spouse to come to court in an effort to make him understand there is no hope for reconciliation. Sometimes, spouses who did not want to give in to divorce will come to agreement once a divorce lawsuit is filed. If the spouses do reach agreement, they can proceed with a no-fault divorce on the grounds of irreconcilable differences.

Sometimes, spouses who can’t agree on divorce must simply live separate lives while remaining married. If one spouse leaves the other without good cause, the abandoned spouse can ask the court to award separate maintenance, or alimony. The court is unlikely to award maintenance if the spouse who is asking for it is also the spouse who left or makes more money than the spouse who left. When one spouse asks for maintenance, the other spouse may change his mind about giving her a divorce. That's because it's cheaper — payments for separate maintenance are set according to a higher standard than spousal support payments in a divorce.

Divorce is never easy, but we can help. Learn More
Can One Mate Refuse a Divorce in North Carolina?

In days gone by, both spouses had to agree to a divorce in order to end a marriage, but that is no longer the case. Either spouse acting alone may pursue a divorce, and a court may grant that divorce without the consent of the other party. Therefore, a judge has no reason to force a party to sign divorce papers.

What if My Wife in New York State Refuses to Divorce Me?

Until 2010, if you lived in New York and your wife refused to divorce you, she could have complicated the situation considerably by contesting your grounds. This changed when the state adopted the concept of no-fault divorce. Now you need only tell the court that your marriage isn't working out anymore – and your wife can't stop the proceedings. However, that might not stop her from trying.

Can a Person Be Forced Into a Divorce in Ohio?

Divorce can be simpler when both spouses agree to the divorce and its terms, but Ohio law does not allow one spouse to prevent a divorce by objecting to it. A spouse who does not want to get a divorce can delay the process and make it more difficult, but he ultimately cannot keep it from happening. Thus, one spouse can get a divorce without the other spouse’s consent, thereby forcing him into it.

Mississippi Divorce Rules When One Party Refuses the Divorce

Although the divorce laws in most states bear a similarity to each other, Mississippi departs somewhat from the norm. A ...

Who Files for Divorce If the Husband Leaves?

No court rules determine which spouse can legally file for divorce, but you do have to have grounds – a legally ...