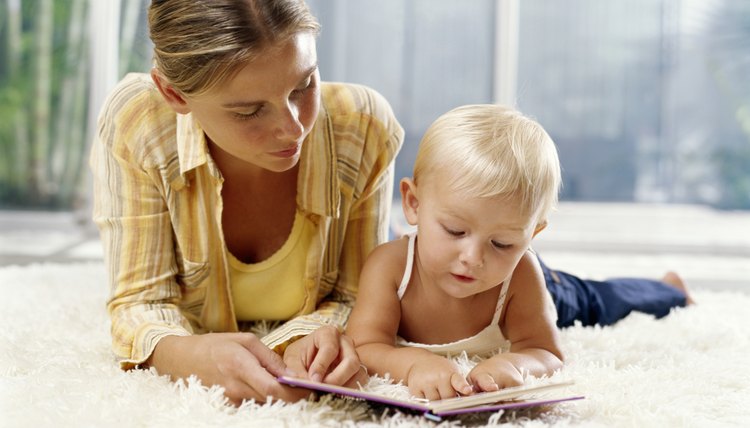 While the terminology can vary from state to state, custody is typically divided into two components: physical and legal custody. Physical custody pertains to where the child stays overnight, while legal custody refers to the authority to make major decisions regarding the child's upbringing, including school choice and religious affiliation. A judge can order that the parents share either type of custody or award either or both types of custody solely to one parent.

All custody decisions must promote the best interests of the child. This standard necessarily looks to which parent can not only meet the needs of the child, but also whether that parent can foster a positive and ongoing relationship with the other parent. For that reason, if you are cooperative but your spouse refuses to speak to you, the court may be less inclined to award him greater parenting rights. This is particularly true with regards to establishing legal custody, where the ability to work together to make decisions is an important consideration.

Minimizing disruption in the child's life is an integral part of determining physical custody. For that reason, a judge may be persuaded to award you with more overnights if you live closer to the child's school and extracurricular activities. Further, some states will take into consideration the amount of involvement each parent has had in the child's life, as well as the child's personal preference if he is of suitable age.

A court must ensure that a child's needs are being met and that she has a safe home environment. To that end, evidence of past physical or sexual abuse by one parent can be a red flag to the court that it might not be in the child's best interest to stay overnight with that parent. In addition, if you can demonstrate that the other parent has a history of poor decision-making, such as would be the case with continuous drug addiction, the court may conclude that it should award you sole legal custody.

Divorce is never easy, but we can help. Learn More
What Does Permanent Custody Mean?

Child custody evaluator Jonathan Gould argues in his book, "The Art and Science of Child Custody Evaluations," that children can suffer from a number of psychological and behavioral problems if the relationship with a parent is severed or weakened during divorce proceedings. Many courts look to some form of dual custody -- more commonly referred to as joint custody -- as a way of protecting the best interests of children. Joint custody arrangements do not necessarily require parents to split time with the child equally, and there are many joint custody options available to families.

Habitual dependence on drugs or alcohol can call into question a person's ability to make good decisions, as well as the safety of his or her home environment. If the addicted individual is also a parent, the welfare of any child under that parent's supervision may be at risk. Although specific laws pertaining to substance abuse can vary between states, all custody decisions must be shown promote the best interests of the child. Knowing how evidence of continuous addiction may affect parental rights in your case will help remove some of the confusion in the custody process.

How Old Must a Minor Be in Kentucky Before He Has a Say in Custody & Visitation?

Parents are often vocal about their preferences in a custody battle. However, a child also may have an opinion about which parent he would rather live with. In Kentucky, although the courts consider a child's choice in custody and visitation matters, the amount of weight given to the preference depends on his maturity level and the specific circumstances of the case.

Establishing a custody arrangement is a required step for all divorces involving minor children. Under Tennessee law, a ...