No matter how close grandparents are to their grandchildren, they rarely have a legal right to visitation or custody. A child’s parents can generally limit or prevent grandparents from spending time with their child, particularly if the parents later divorce and the custodial parent doesn't want the grandparents around. For this reason, some states have begun to recognize the rights of grandparents when the grandchild’s parents divorce; however, these rights are often limited. 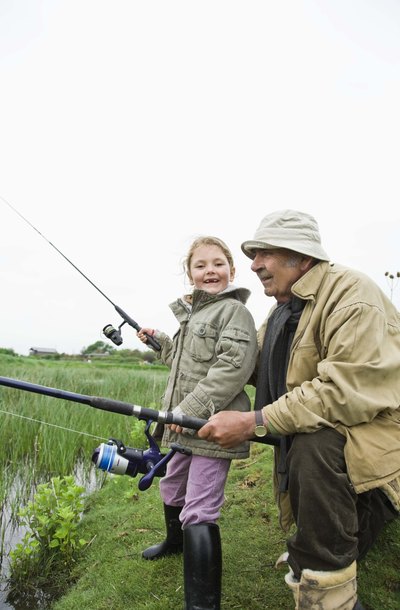 The extent to which you, as the grandparent, have the right to spend time with your grandchild is heavily dependent on the laws of the state where your grandchild lives. Grandparents typically have few rights in this regard; therefore, they are limited in their ability to ask a state court for visitation rights when the grandchild’s parents are still married. The U. S. Supreme Court, in the case of Troxel v. Granville, decided that parents have a fundamental right to make decisions about their child’s care, custody and control. As a result, states may not allow third parties - including grandparents - to interfere with a person's parental rights except in certain circumstances, such as when a child's parents are unfit. However, some states, like Oklahoma, allow grandparents to ask for visitation rights when the grandchild’s nuclear family is disrupted, such as when the parents divorce. For example, if your grandchild’s custodial parent won’t let you have contact with your grandchild because of issues she has with her ex-spouse, a court in these states may grant you visitation rights.

If state law allows you to pursue custody or visitation rights as a grandparent, you must petition the appropriate family court to ask for these rights. Typically, this is the court where the divorce action is pending or where the last custody order was issued. If the divorce is pending, you will likely need to add your petition to the ongoing divorce action or as a later case under the same case number as the divorce. As the petitioner, you have the burden of proving to the court that visitation is appropriate under state law based on the circumstances of your case. For example, Connecticut law requires you to show that a parent-like relationship exists between you and your grandchild and that denying visitation would cause “real and significant harm” to your grandchild.

When one or both of a grandchild’s parents are in the military, some states, like Florida, have special rules governing grandparent custody and visitation rights. Under Florida law, a military parent can give his custody or visitation rights to his parents, the child’s grandparents, while he is deployed or otherwise unavailable due to military assignment. If this law applies to you, your child may give his custodial rights to you when he is unable to exercise those rights due to military service. However, this law does not give you independent custodial rights over your grandchild. Instead, it only allows you to substitute as your grandchild’s parent while her parent is away.

Divorce is never easy, but we can help. Learn More
Does a Father Have Rights Even if the Will Gives Guardianship to the Grandparents?

Parents have a constitutional right to the "care, custody and control" of their children as stated by the United States Supreme Court in Troxel v. Granville. This right does not change after the parents are divorced. If both parents are unfit to raise their children, however, another person can petition a court for guardianship of the children. If the court finds it is in the best interests of a child, the court will grant guardianship to a non-parent.

A father's obligation to pay child support and his parental right to be involved in his child's life are two separate and distinct issues under the law. It has long been established that not only do parents have a fundamental right in the "care, custody and control" of their children, it is also is in the "best interests of the child" to have a relationship with both parents, unless circumstances deem otherwise. Therefore, a father's custody and visitation rights are not contingent upon whether he's paying child support. He has a right to be in his child's life simply because of who he is: the child's father.

It’s not all that unusual for grandparents to raise their grandchildren instead of the children's parents. However, the ...

Divorce is an anguishing process when you have children. Although sometimes overlooked, divorce can also be an ...

Historically, stepparents have had very few rights with regard to their spouses’ children. That began to change after ...

How Do Grandparents Get Custody of Their Grandchildren in South Carolina?

In certain limited circumstances, child custody can be awarded to grandparents. However, obtaining this arrangement in ...