Although state courts are increasingly moving toward joint custody arrangements after divorce, the old standard of one parent having physical custody and the other having visitation still exists. This is particularly true while your divorce is still pending and if one parent has moved out of the marital home – judges don't like to upset a child's status quo unnecessarily, so the parent who moves out might end up with visitation rather than joint custody until the divorce is final. Under some circumstances, a court might deny visitation, but a custodial parent can't do so on her own. 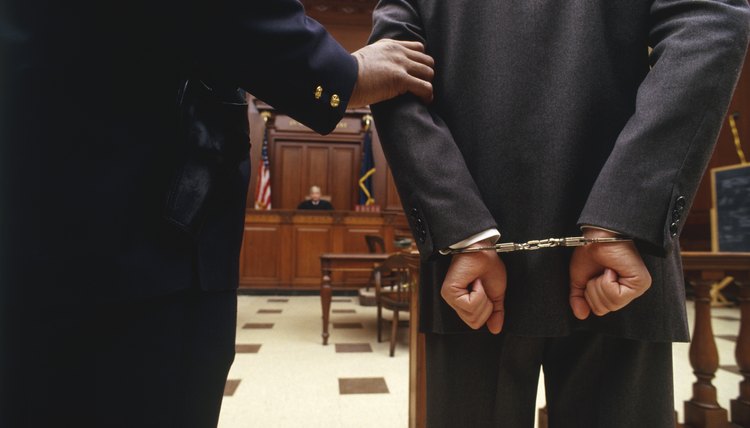 Courts rarely deny visitation entirely, particularly in a temporary order while a divorce is still pending. Visitation might be denied after a trial during which custody is litigated as part of the divorce, but this would generally be the result of dire circumstances. For example, in Illinois, the statutes state that a parent has a right to reasonable visitation unless it would "endanger seriously" the child, either mentally, emotionally, physically or morally. The appellate court in that state ruled in 1987 that even sexual abuse of the child wasn't grounds for denying visitation to a non-custodial parent because the court hadn't satisfactorily established that the abuse occurred. Grounds for an absolute denial of visitation must typically be egregious and provable beyond a doubt.

Although courts are slow to deny visitation altogether, they're more willing to order supervised visitation when contact with a parent might endanger a child. Supervised visitation involves a third party being present to oversee the contact and protect the child if need be. California courts are willing to order this type of arrangement for a variety of reasons, including a likelihood of parental kidnapping, a long estrangement between parent and child, or in cases of domestic violence. Illinois courts have ordered supervised visitation in cases where the parent suffered from mental illness, and Alaska will order it in cases of domestic abuse, but only if the parent has taken some steps toward rehabilitation. Alaska is one state that will deny visitation when a parent has a history of domestic violence.

If you have serious concerns regarding your child's safety, you're not defenseless. You can deny visitation on an isolated basis due to an emergency, but you might need documentation to protect yourself from contempt of court charges if you do. For example, if your spouse arrives to pick up your child for visitation and he's obviously been drinking, you don't have to allow her to get in the car with him. You should call the police, however, so you have a record of the incident that you can later provide to the court when you express your concerns, either at a temporary hearing or as part of your divorce trial. Although you don't have grounds to deny visitation entirely, you can petition the court and ask a judge to do so. The burden of proof is invariably on you to establish that visitation is likely to harm your child, so you'll need testimony and documentation of incidents that threatened your child's welfare and well-being while she was in your spouse's care.

Even if the court orders supervised visitation or denies it in your divorce decree, this doesn't mean the situation will never change. Many states allow a parent who has been denied visitation to restore his rights through successful rehabilitation. This might include anger management classes, drug or alcohol abuse counseling, or other intervention programs. Just as you can petition the court at any time to stop visitation, your spouse can petition to reinstate it if he can demonstrate good cause.

Divorce is never easy, but we can help. Learn More
Custody & Addiction

Divorcing parents can't deny each other custody, but courts can do so. Judges typically do their best to preserve the relationship between a child and both parents, but this doesn't work in all circumstances. Courts rarely order joint custody when parents can't get along well enough to make it work. As a result, one parent ends up with custody and, barring egregious circumstances, the other gets visitation.

Although all states recognize no-fault divorce, the majority recognize fault-based grounds in addition to their ...

How Long Can Temporary Custody Last?

The word temporary can be somewhat deceptive when it comes to divorce law. Technically, it refers to pendente lite ...

Divorce is rarely easy, but victims of domestic violence face an especially difficult process since the victim must ...