What Happens in Bankruptcy If Your Debt Is Sold to Another Company?

People who file for bankruptcy almost always share one goal – the end of creditor harassment. Once you file for bankruptcy, it is illegal for creditors to contact you in an attempt to collect most debts. This wall of protection is known as the “automatic stay.” But what happens if a creditor turns around and sells your debt to another creditor after you file for bankruptcy? Are you still responsible for the debt? Do you have to start the whole process over with the new creditor? The answers to these questions, respectively, are yes and no – but there are some helpful points to keep in mind if this happens to you. 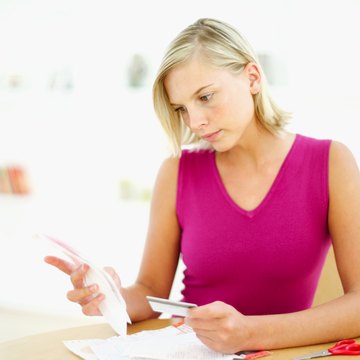 When a creditor is owed money, that debt is an asset that can be sold, or “assigned,” to another party just like any other asset. If a creditor believes it will not get repaid, or does not want to wait years to get paid over the course of a Chapter 13 plan, the creditor can sell the debt in order to receive an immediate, often lower, sum. Once this happens, the party buying the debt “stands in the shoes” of the original creditor and can attempt to collect only what the debtor owed the original creditor at the time of assignment.

While it is possible in theory for creditors to receive some payment when a person files for bankruptcy under Chapter 7, such payments are rare because of the limits on income and belongings affecting eligibility to file under Chapter 7. For this reason, a debt is usually sold only if the debtor files for bankruptcy under Chapter 13. In a Chapter 13 bankruptcy, sale of a debt is more important than in Chapter 7 because whoever owns the debt is eligible to receive payments under the Chapter 13 plan upon filing a proper claim. Under court rules, however, responsibility for notifying the court that one of the filer’s debts has been sold falls to either the original creditor or the party buying the debt.

Effect on Your Bankruptcy

From your perspective, if you have filed for bankruptcy, the sale of a debt has very little effect – positive or negative. You still owe the debt. You just owe it to a new creditor, but that new creditor’s attempts to collect the debt are governed by the bankruptcy proceedings already underway, including the automatic stay.

A discharge is the court decree issued at the end of a bankruptcy stating that creditors may never again attempt to collect the debts included in the bankruptcy. Once it issues, it is unlawful for a creditor to sell the debts included in the bankruptcy. If you are contacted by a creditor who bought a discharged debt, you can forward a copy of your discharge to that creditor, which will normally end any further harassment. If the creditor continues to attempt to collect the debt, you should consider taking steps to have an action brought against the creditor in court.

Get a free, confidential bankruptcy evaluation. Learn More
Can a Creditor Sell to a Third Party If It Is Included in a Bankruptcy?

Is a Cosigner Safe in a Chapter 13?

If your credit is iffy, or you don't have much of a credit record, the logical step is to ask a friend or family member to cosign on a loan for you if you need financing. If you're married, it makes sense that you and your spouse will take out certain loans together. In either case, if you can't repay the debt, the person who signed with you is usually responsible for paying it instead. An exception exists if you file for Chapter 13 bankruptcy protection, however.

Can You File Bankruptcy on Funeral Expenses?

The average cost of a funeral is more than $6,500, according to industry analysts. This figure includes only funeral home costs; cemetery, florist and obituary costs can add thousands more. Many people go into debt burying a loved one because they are unable to pay these costs out of pocket. If funeral-related debt has overwhelmed you, you can likely wipe it out in bankruptcy, depending on the circumstances.

Financing property allows you to immediately enjoy the benefits of an asset in exchange for a promise to pay back the debt plus interest over time. However, the person or company extending the credit may insist on having certain protections in place in the event that you fail to pay, or file for bankruptcy. One type of protection commonly used in these instances is a purchase money security interest.

When an individual debtor files for Chapter 7 or Chapter 13 bankruptcy, creditors must immediately stop their ...

In a Chapter 7 bankruptcy, a debtor petitions the court for protection from lawsuits and collection efforts. As soon as ...

Can Creditors Sell Debt to a Collection Agency After Bankruptcy Has Been Filed?

When you file for bankruptcy, you ask a federal court to protect you from collection actions and lawsuits by your ...