What Happens in California When I File for Sole Custody & the Other Parent Is in Jail?

During a divorce, California parents can agree on a custody arrangement, or the court splits custody between the parents, awarding custody based on the best interests of the child. Since the court’s goal is to create an arrangement in the child’s best interests, it can consider a parent’s incarceration when making custody decisions. 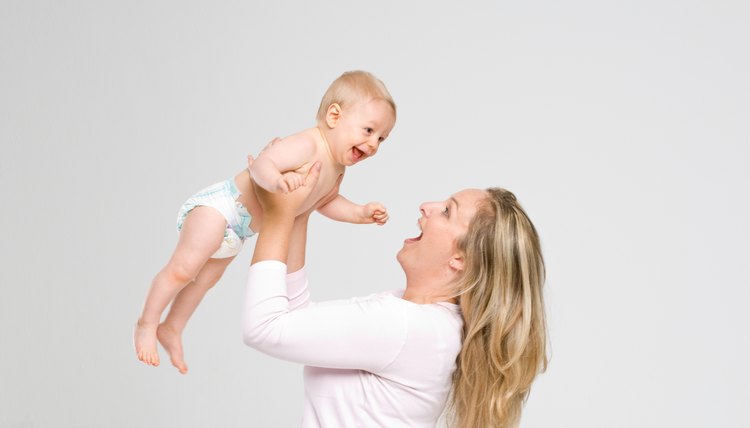 Custody can refer to either legal custody -- the right to make important decisions regarding the child -- or physical custody, which is the day-to-day care of the child. Sole custody means only one parent has rights to make decisions or physically care for the child, whereas joint custody gives those rights to both parents. California courts can award a combination of joint and sole legal and physical custody. The court is likely to award sole legal and physical custody to the parent who is not in jail since the jailed parent cannot participate in the actual parenting of the child.

During a divorce, the filing spouse must file Form FL-300, a Request for Order, to obtain sole custody. This form includes information such as the names and addresses of the parents and child, proposed visitation schedule and financial information for child support purposes. A filing parent can indicate on the form that the court should award her sole custody since the other parent is jailed. If the jailed parent was abusive or violent to the other parent or the child, the filing parent can mention the abuse on the Form FL-300 and attach evidence, such as an order of protection, to prove the abuse. This may discourage the jailed spouse from seeking visitation or joint custody when he is released from jail. Since the other parent is in jail, it is not necessary to seek temporary custody while the divorce is pending.

The filing spouse must serve her spouse with the Form FL-300 and other divorce paperwork, even though he is in jail. If the jailed parent does not respond to the request, the court will likely grant the filing spouse’s request for sole custody. If the jailed parent does respond, the court may allow him to appear in court under some circumstances, or he can have an attorney represent him at custody or divorce hearings. Since the jailed parent cannot actually care for the child from jail, he won’t be awarded physical custody, but he can request to have his children brought to the jail for visitation. The judge will consider whether this type of visitation is in the child's best interests according to factors listed in California law, such as the child's preferences and stability and continuity for the child.

When the jailed parent is released, he can file a motion to modify the custody order the other parent obtained while he was in jail, and the formerly jailed parent can seek visitation or a change in custody. To obtain a modification, he has the burden to prove why there should be a change in the custody order. The court must consider California’s "best interest of the child" factors, including the child’s safety, any history of abuse and stability for the child, before deciding whether to modify the custody arrangement. For example, if a parent is jailed on charges involving violent conduct, the court may be concerned about the child's safety and may avoid giving significant custody rights to the convicted parent. If the parent was charged with a nonviolent crime, like drug-related charges, the court may be more lenient. However, California's best interests factors include the health, safety and welfare of the child, so the court will not allow a custody arrangement it feels could endanger the child.

Divorce is never easy, but we can help. Learn More
Child Custody & Loss of Parental Rights From Drug Abuse

How to Get Child Custody Rights Revoked in Arkansas

Revoking custody rights -- often a part of terminating parental rights altogether -- is a serious legal move that should be reserved for extreme cases of child abuse or neglect. Arkansas law prioritizes the best interests of the child above all other considerations and courts will only revoke custody rights if the judge feels it is in the child's best interest to do so. Custody rights may be revoked temporarily while a parent gets treatment or, in cases of chronic abuse, a parent's rights to her child may be terminated if she shows no hope of improvement.

The Divorce Process in Florida If a Spouse Is Incarcerated

If you were already contemplating divorce, your spouse being sent to jail probably cements your decision. You might also decide to file for a Florida dissolution of your marriage because your spouse has been sentenced to prison for a lengthy period of time. In either case, his incarceration doesn't mean you can't obtain a divorce, but you'll need the court's cooperation to waive some of the usual rules.

How to Get Sole Custody in California Without a Lawyer

Ensuring that children are properly cared for when parents can no longer live together is at the forefront of every ...

Bipolar disorder can be managed effectively with ongoing professional treatment. Thus, many women with this condition ...

What Happens if You Disobey a Court Child Custody Order?

Whether the court has entered a permanent or temporary child custody order, parents are legally obligated to comply ...