If your spouse cheated on you, you might assume that his adultery will have a significant effect on your divorce proceedings. However, depending on your state’s laws, the adultery may impact your case at varying levels. In fact, your judge may not be able to consider your spouse's adulterous actions at all. 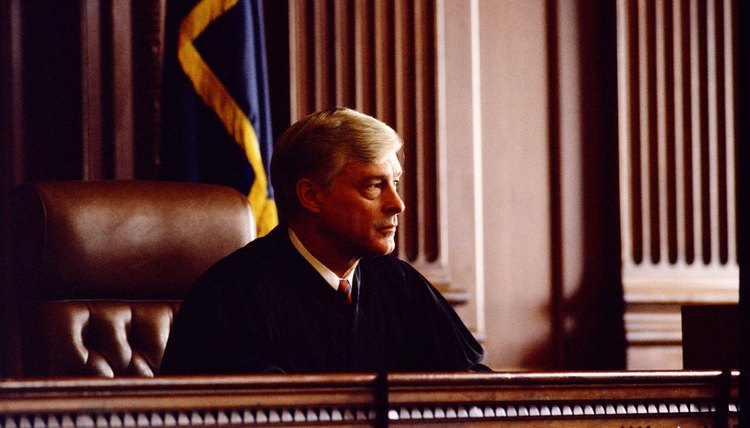 When you file for divorce, you must list your proposed reasons — or grounds — for the divorce. All states allow no-fault grounds, which may be called “irreconcilable differences” or “irretrievable breakdown of the marriage.” When you file based on no-fault grounds, you don’t have to prove that your spouse committed misconduct. However, your state may also allow adultery to be used as a fault-based ground for divorce. As the spouse who filed for the divorce, you have the burden of proving he committed adultery.

Your state’s laws determine whether your spouse’s adultery has any effect on property division, spousal support or child custody decisions. Your state may allow judges to consider your spouse’s adultery or other misconduct, even when you use no-fault grounds for divorce. On the other hand, some states, like Illinois, may not allow your judge to consider marital misconduct at all, except for establishing grounds for divorce or in claims alleging dissipation of assets.

Even if your judge doesn’t consider the adultery relevant, you may be able to claim financial credit under a dissipation of assets claim. This type of claim asks the court to award you money to offset the money your spouse spent on his adulterous relationship. In other words, you want to get back the money he spent on someone else rather than for marital purposes.

What Is Cruelty in Grounds for Divorce in Maryland?

Divorce in Maryland is separated into two categories: limited divorce, which is a court recognized separation; and absolute, which is a permanent, legal termination of the marriage. To qualify for an immediate, limited divorce or an absolute divorce in Maryland, you must establish a legally recognized cause, which can include misconduct of your spouse. Marital cruelty and excessively vicious conduct by your spouse, which is directed either at you or your child, is a ground for divorce that's set forth under Maryland law.

Experiencing infidelity in a marriage is never an easy thing. If you're divorcing your husband because of his cheating ...