What Happens in a Divorce When Both Couples Earn the Same?

The divorce process begins with an assumption that both spouses contributed equally to their marriage. Even if one partner never worked, the law presumes she contributed in other ways such as by raising the children or caring for the home. A court would not leave her destitute after a divorce because she didn't earn income during the marriage. When both spouses earn the same incomes, the court's duty to untangle incomes and assets becomes easier. When the spouses' earnings have had a similar financial impact on the marriage, courts generally divide assets evenly. 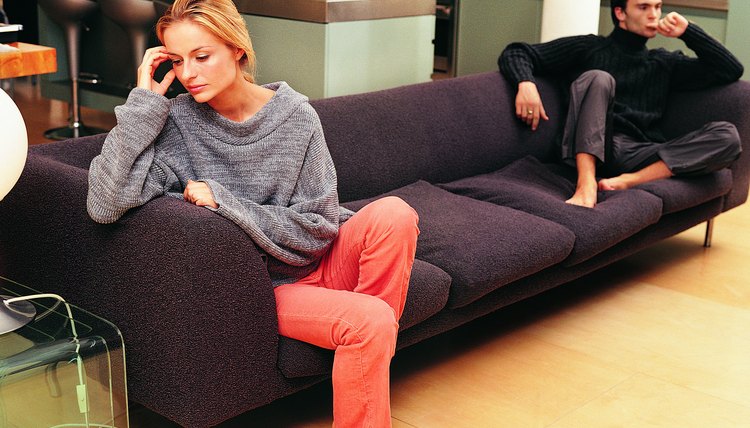 When both spouses earn the same amount of income, alimony or spousal support becomes a non-issue. Every state bases alimony on one spouse’s need for financial assistance and the other spouse’s ability to provide that assistance. Judges can and do consider other factors in addition to this. For example, in Virginia, the court will consider marital misconduct when awarding or denying alimony. However, when one spouse does not require alimony anyway because she earns the same as her partner, there is nothing for her marital misconduct to affect.

In the nine community property states, which at the time of publication include Arizona, California, Idaho, Louisiana, Nevada, New Mexico, Texas, Washington, and Wisconsin, courts divide marital assets 50/50 in a divorce. In the remaining 41 states, property distribution is up to the discretion of the judge. The division is usually close to 50/50 in these states as well, but judges have the right to deviate from an exact split when they feel there is good cause. When both spouses make equal financial contributions to the marriage, the court usually won't stray far from a 50/50 split. However, in the case of Mercatell v. Mercatell, heard by Pennsylvania’s Superior Court in 2004, a judge ordered a 60/40 split in favor of the wife, even though the parties earned the same incomes at the time of the divorce. The husband had chosen not to work through much of the marriage, while the wife worked overtime and extra jobs to pay their bills. What money the husband did earn, he spent on his own pleasures.

Courts will generally only order one spouse to pay the other’s attorney’s fees when the spouse has no money with which to pay for representation. If both spouses earn the same, this would not be in an issue. However, if one spouse deliberately prolongs or complicates the divorce process out of malice or a refusal to abide by orders, the court may order him to reimburse his spouse for the money she had to pay her attorney to defend against his actions.

Divorce is never easy, but we can help. Learn More
Adultery & Divorce Laws in California

Due to societal norms, men may think the court system disfavors granting spousal support to a husband upon divorce. On the contrary, California law focuses on financial need and not the sex of divorcing spouses when awarding spousal support based on a couple's assets and debts. As a result, husbands facing divorce in California must determine their rights in order to attain the maximum amount of spousal support under the law.

Alimony is never a sure thing in a divorce. In most states, it comes down to the discretion of a judge. Congress has passed the Uniform Marriage and Divorce Act to address alimony, but it includes suggestions for awarding it, not hard and fast laws. One common guideline is the length of a marriage. Judges most commonly award alimony after long-term marriages and almost never after marriages of just a few years’ duration.

Marriage is as much about money as it is about love. When two people depend on each other financially, especially over ...

How Does Underreported Income Affect a Divorce?

In community property states, income is a marital asset. One spouse might earn it, but both have an equal right to it. ...