Experiencing infidelity in a marriage is never an easy thing. If you're divorcing your husband because of his cheating ways, Illinois is one of a handful of states that allows you to claim adultery as grounds for divorce. In other words, it is your husband's fault -- by reason of his infidelity -- that your marriage is ending. In Illinois, you may file for divorce on either fault or no-fault grounds. 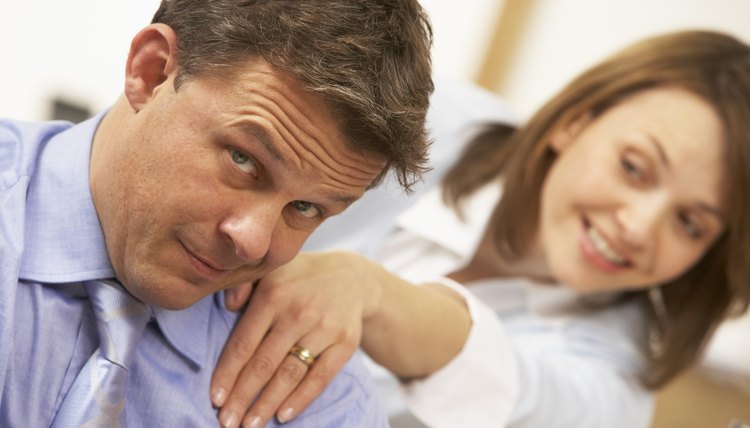 Most people who file for divorce in Illinois do so under the state's no-fault ground, which is commonly referred to as "irreconcilable differences." This doesn't mean, however, that fault grounds are not available. Illinois recognizes several fault-based grounds for divorce, one of which is adultery. For the court to approve your divorce on this ground, you must prove that your spouse had sexual relations with another person during your marriage. Allegations alone are not enough. You'll need to provide proof of the affair, using such evidence as incriminating telephone bills and voice messages, credit card receipts, email correspondence and photographs.

Even if you prove your husband committed adultery, this may not mean much when it comes to dividing and distributing your marital property. This is because Illinois law prohibits courts from considering a spouse's misconduct when dividing property. Instead, the court divides marital property based on what is fair and equitable to both spouses. However, if the court finds that your husband used marital funds for a nonmarital purpose -- for example, if he spoiled his mistress with money and gifts -- the court may award you a greater share of marital property to offset his waste, known as "dissipation."

In general, when the court decides issues of child custody and visitation, your husband's infidelity will not play a role in the decision. This is because the court is not concerned with parental behavior that doesn't affect the child or the parent's relationship with that child. So if your husband was discreet with his affair and your children were not impacted by the relationship, the court won't care about his infidelity. However, if he brought his mistress around your children or otherwise involved her in their lives, the court is likely to look upon this unfavorably, and will decide custody and visitation accordingly.

When it comes to alimony, also known as spousal support or maintenance, the court isn't concerned with spousal misconduct. Therefore, the court will not award you alimony simply because your husband cheated on you. Instead, the court will decide if you deserve alimony based on such factors as income, property, financial needs, earning potential, age and health, and the educational and job training needs of both you and your husband.

When spouses get divorced in Georgia, one spouse's infidelity usually doesn't influence the court's decision when it comes to custody. However, the court will take it into account if the unfaithful spouse's behavior had a negative impact on his children's best interests.

No-fault divorce states, such as Florida, grant divorces on the premise that sometimes marriages just don’t work out. ...