What Happens if an Ex-Spouse Breaks Divorce Decrees in Tennessee?

Tennessee is one of the more unforgiving states when someone defies a court order, including a divorce decree. Penalties are multi-pronged, depending on how your ex breaks the terms of the decree. They range from paying your court and attorney fees to suspension of his driver’s license and even jail time. 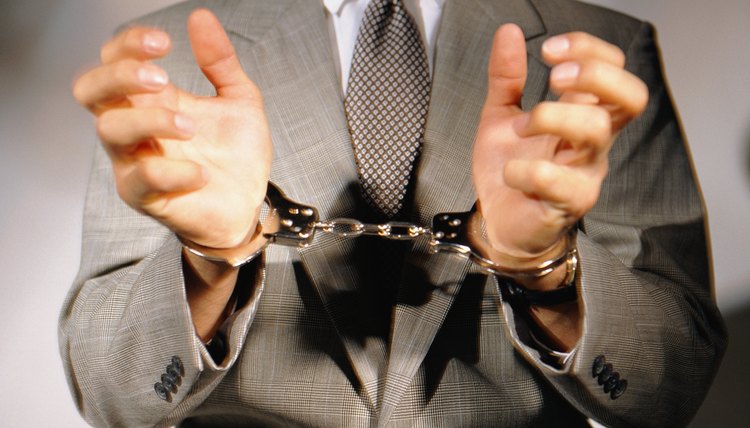 If your decree orders your ex to pay you for your share of marital property or give you title to certain property, Tennessee law allows you to file a petition for contempt when he fails to do so. Your ex will have to appear before a judge to explain why he hasn’t performed his duties under the decree. If he doesn’t have a good reason, the judge will hold him in civil contempt. If he’s being stubborn or trying to hurt you, he might go to jail until he does as your decree ordered. At a minimum, the judge will probably issue a second order, again instructing your ex to do whatever the decree obligated him to do and award you repayment of your legal fees. He might order your ex to sell or liquidate assets so you receive your money.

Refusing to pay child support is a more serious offense than refusing to cooperate with property distribution. If your ex breaks your decree by not paying toward your children’s support, you can contact the Tennessee Child Support Enforcement System. They’ll pursue your ex for the money on your behalf. They can place liens against your ex’s property, attach his wages, freeze his bank accounts or suspend his driver’s license. However, depending on how clogged the system is with custodial parents needing help, getting results from TCSES might be slow. If you need more immediate relief, you can file a petition for contempt for past due child support. Depending on your ex’s reasons for not paying, a judge might order your ex's imprisonment. Failure to pay child support is both criminal and civil contempt. If the court finds your ex in criminal contempt, he can spend up to 10 days in jail. Criminal contempt penalties usually occur if your ex has plenty of money, but refuses to pay and all other enforcement measures have failed.

Violations of the custody provisions of a divorce decree are addressed in Tennessee's criminal code. If your ex refuses to return your children to you after parenting time, it's a Class E felony. If you notify law enforcement, the police will take measures to find your children and return them to you. If your ex returns your children before the police find him, the charge drops to a Class A misdemeanor. You can also file a petition with the family court to bring your ex’s behavior to the attention of a judge. This might result in a modification of the custody terms of your decree to prevent the same sort of thing from happening again. For instance, a judge might change your ex’s parenting time to supervised visitation, so a third party is always present to make sure he returns your children when he’s supposed to.

When you file a petition for contempt, your ex will probably try to come up with some plausible reason why he did not comply with your decree. If he can prove his reason, he probably won’t go to jail. Imprisonment usually results when he had the ability to do what he was ordered to do, but blatantly refused. Your ex might also attempt to file a petition of his own to modify the terms of your decree before you have an opportunity to file for enforcement. In this case, he can change custody and support terms, but only if he can prove a change of circumstances. He cannot change the property provisions of your decree at all.

Divorce is never easy, but we can help. Learn More
What Happens When Your Ex Breaks the Divorce Agreement in Georgia?

How to Enforce a Divorce Decree Without an Attorney

Achieving a divorce decree you can live with is sometimes just the first part of the battle. Fortunately, the law is set up to allow you to compel your ex to comply with the terms of your decree or judgment, even if he refuses. Your decree is an enforceable court order, so if you reach out to the court, justice will almost invariably be done. It might take some time and effort, however.

Whether you’re divorced after a trial or because you reached a settlement agreement with your spouse, your decree doesn’t automatically put your share of marital property or settlement money in your hands. It simply gives you the right to make collection efforts against your spouse if he doesn’t comply with the terms of the order. In Pennsylvania, the language contained in your divorce decree determines what you must do to enforce it.

The Wisconsin Statute of Limitations on Child Support in Arrears

Wisconsin is one of the more aggressive states when it comes to collecting child support. The legislature makes it difficult for a non-custodial parent to avoid paying support and to accrue arrears for an extended period of time. If it happens, however, the Wisconsin Bureau of Child Support works in conjunction with the Division of Workforce Development to take action. If you're owed child support and you're not receiving it, you can contact your county's child support agency or a private attorney, both of whom can enlist the help of the BCS and DWD long before your statute of limitations for enforcement runs out.

What Happens If You Don't Follow Divorce Paper Orders?

Depending on your state’s laws, disregarding the terms of a divorce judgment might either put you in jail or out a lot ...

Your divorce decree governs many issues between you and your ex-spouse including child custody, child support, spousal ...

If you have been ordered to pay child support, perhaps as part of a divorce, then nonpayment can result in stiff ...

How to Enforce a Breach of Contract in a Divorce

In the process of getting your divorce, you and your ex-spouse may have made an agreement – sometimes called a marital ...