What Happens When Someone Dies & Leaves You With a House in the Middle of a Divorce?

When you file for divorce, you and your spouse can reach an agreement on how you want to divide your assets, or the court might determine the division of assets for you. However, some assets, like a house you inherit during your divorce proceedings, are not typically subject to division in a divorce proceeding. 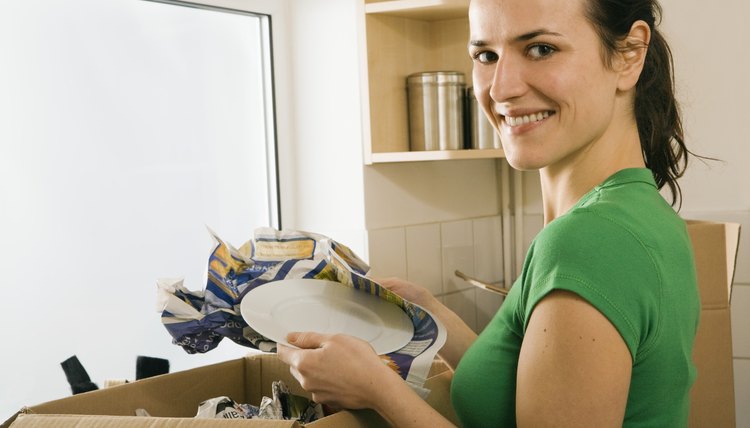 Assets you own fall into one of two categories: marital property or separate property. The definitions of each category are similar in most states, even between community property states, which distribute property equally, and equitable distribution states, which distribute property equitably, but not necessarily in a 50/50 split. Assets acquired during the marriage, regardless of who acquired them or whose name is on the title, are usually considered marital property. One exception to this rule is property acquired by gift or inheritance -- which is generally considered the separate property of the spouse who received it.

Spouses can agree to change the character of separate property into marital property; this type of transfer is called transmutation. Some states require written transmutation agreements for valuable items as evidence that the spouses intended to change the character of the property. If the transmutation was the result of fraud, however, the court will invalidate the transfer. If the spouse who inherited a house wishes to get an increased share of a marital asset, he could transmute the house to marital property. When state law requires transmutation agreements, strict compliance with the law is required for court approval.

Spouses can accidentally cause their separate assets to become marital property by commingling, or mixing, separate and marital assets. For example, if spouses live in the inherited house and use marital funds for its upkeep, any increase in the house’s value -- or even the house itself -- could become marital property. Inheriting property in the middle of a divorce might be the best time to inherit since the divorce lessens the chance of the inheriting spouse unintentionally doing something to turn the separate property into marital property. For example, if during your divorce, you inherit a house that you intend to use as a vacation home, you wouldn't offer your spouse the keys so that she can vacation in it as well. Also, if you intend to make improvements to the home before the divorce is final, you would want to use separate funds rather than marital funds to pay for any improvements. The same holds true for paying taxes or insurance premiums in relation to your inherited home; you wouldn't make any of those payments from marital funds, even if the divorce drags on for months.

Divorce is never easy, but we can help. Learn More
Inheritance Laws During Marriage in New Jersey

California has the distinction of being one of America's few community property states. Under California law, if you’re married, both you and your spouse jointly own everything that either of you acquires or earns during the marriage. However, even community property states make a distinction between marital property and assets that should logically and morally belong to one spouse alone. In California, inheritances fall into this category.

There are few black-and-white answers when it comes to inherited property in divorce. An inherited asset starts out belonging solely to the spouse who received it, and it may remain that way – or it may not. It depends on what you do with it between the date you receive it and the time your marriage ends. If it appreciates in value, this is an additional factor the court must consider -- the question becomes why its value went up. Depending on the answer, the increase might be yours, or you might have to share it with your spouse.

Ohio Divorce Law on a House in a Spouse's Name

In Ohio, marital property is subject to equitable distribution in divorce cases. For many couples, the family home is ...

Is it Legal for Property to Be Removed From a Home During Divorce?

While you may be used to doing what you want with your own property, that may change once you start going through a ...

Each state has its own laws regarding the division of marital property in a divorce. Community property states, which ...