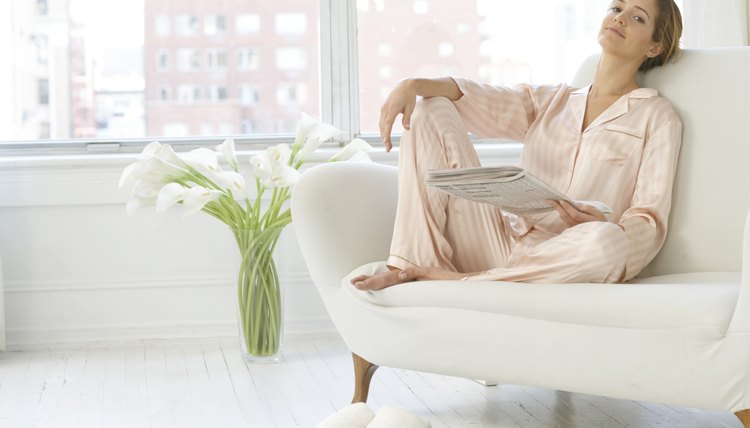 If a spouse decides mid-divorce that he's not going to work anymore, it's highly unlikely that this will relieve him of his obligation to pay child support or spousal maintenance. If he quit rather than being laid off or fired, this was a deliberate choice on his part, not a stroke of misfortune that a court might take into consideration. Most courts will impute income to him -- the judge will base support calculations on how much he could realistically earn if he were still employed. In one case, a Texas court went so far as to use the most income a spouse had ever earned, ruling that this reflected his true earning potential. If a spouse quits in the middle of a divorce, however, a judge would probably base a support order on what he was earning right before he left his last job.

In most states, alimony is based on one spouse's need and the other spouse's ability to pay. A spouse isn't likely to have much success if she quits her job mid-divorce to create an artificial need for support. If she had a job when the proceedings began, she established to the court that she's capable of working and earning a living. If you're faced with paying alimony to a spouse who becomes voluntarily unemployed in before or during your divorce, you or your attorney can ask the court to order her to undergo a vocational evaluation; this creates a record of her earnings potential. A professional investigates such factors as your spouse's experience, education and age, and gives the court an expert opinion as to how much she could potentially earn. Just as it does when imputing income to a paying spouse, the court would then base your spouse's need for alimony on what she could earn if she got a job.

If your spouse was flipping burgers at a fast food restaurant when she quit, and if she's just shy of earning her college degree, a court might order you to pay her rehabilitative or temporary alimony. This is particularly true if she quit school in the interest of your family, such as if you had children. This type of support is ordered for a relatively short period of time. It allows the receiving spouse to finish school or brush up rusty work skills so she can become more self-supporting. If she decides not to work after she's able to secure a good job, alimony typically stops anyway. Not working becomes a voluntary election on her part and a court generally would not order you to support her because of her choice.

Divorces can have unique circumstances, and family court judges must often look beyond the surface facts of a case to determine what’s fair. If you have young children, and you and your spouse historically worked opposite shifts so one of you was always home to care for them, she might quit her job when you move out to be with the children. Depending on your personal circumstances, a judge could conceivably order you to pay alimony in this situation. However, it would probably be for a limited period of time, just until your children begin school or you can make other child care arrangements. Likewise, if she quit her job because of a hostile work environment or harassment, a court might accept this -- but, she would be expected to look for another position immediately. Alimony would typically be of limited duration, not permanent, in a situation such as this.

Divorce is never easy, but we can help. Learn More
Can a Judge Order Me to Get a Job During a Divorce in Illinois?

New York State Divorce Laws When a Spouse Has an Affair

Until 1967, adultery was the only grounds for divorce recognized by New York. The state’s code defines it as sexual intercourse between an individual and someone other than her spouse after their date of marriage, so an affair qualifies if the relationship was sexually consummated. However, the rest of New York’s laws pertaining to this divorce ground are not quite as simple.

Examples of Vocational Evaluations for Divorce

Fact-finding -- also called discovery -- is a major part of divorce proceedings, but you have to do it in such a way that the court knows for sure that the facts you're presenting are true. Facts presented in court should be backed up by either documentation or expert opinion. A vocational evaluation is a form of expert opinion. You can submit a copy of an evaluator's report to the judge, use it in settlement negotiations, or call the evaluator to testify at trial. However you use it, an evaluation can be pivotal to the outcome of your litigation.

If you are divorcing an unemployed spouse, it makes a difference whether his lack of work is voluntarily or ...

Stay-at-home moms and unemployed wives are among the most vulnerable of spouses in a divorce. Individual state laws ...

Wives typically don't have an automatic right to alimony or spousal support, no matter where they live. In California, ...

How Does Job Stability Affect Custody?

When parents divorce, courts can be charged with the unenviable job of deciding which parent their children are better ...