What Happens to a Trust When No One Is Named As a Beneficiary?

Trusts are popular estate planning tools because they allow heirs to avoid probate court proceedings. A trust is created by a party called a settlor who transfers to a trustee legal title to any assets he places in the trust. Generally, trusts must name ascertainable beneficiaries in order to be valid. Some exceptions exist to the ascertainable beneficiary requirement. 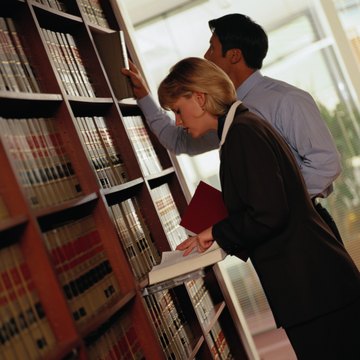 When a resulting trust transfers property to a settlor's probate estate, it is generally distributed according to her will. However, most settlors only draft pour over wills that simply devise all assets back to their trusts. If no will exists, or only a pour over will is left, reacquired property is distributed by intestate succession statutes. Intestate heirs are determined based on the closeness of their relationship to the decedent. Spouses and children take priority. Thereafter, property goes to surviving parents, siblings, aunts, uncles and so on.

Legally, animals are considered property under the law. Historically, they could not be named as trust beneficiaries. In recent years, states have begun recognizing pet care trusts as an an exception to the ascertainable beneficiary requirement. Generally, settlors may now create trusts to care for their pets after death. A trustee who neglects to provide care for a designated pet may be challenged in court by a person who has a genuine interest in the animal's welfare.

A trust may also be valid if it lacks an ascertainable beneficiary but states a specific purpose. For example, a person may wish to ensure care and maintenance of his grave site or those of his loved ones. So long as a trust states a clear purpose, a person does not need to be named as a beneficiary. Sam may create a trust directing the trustee to arrange that weekly flowers be placed at his cemetery plot. No person is named as a beneficiary in the trust, but a clear goal is given.

Protect your loved ones. Start My Estate Plan
Types of Living Trust

Can an Irrevocable Trust Be Pierced?

When you create an irrevocable trust, you surrenders ownership over the trust assets; you cannot unilaterally regain control of the property. As a result, your creditors cannot get to the assets to satisfy the your debts. Irrevocable trusts are also generally structured to prevent a beneficiary’s creditors from gaining the trust’s assets to settle his debts. Although laws vary among states, there are cases in which a creditor can “pierce” the trust shield to obtain trust assets as a means of settling outstanding debts.

How to Dissolve Inheritance Trust

An inheritance trust, usually called a testamentary trust, is a trust that is created by language contained in the last will and testament of the trust grantor. Since the trust does not go into effect until the grantor dies, it is considered an irrevocable trust under state probate law. Although the basic principles applicable to the termination of a testamentary trust are accepted by all states, procedures and details vary from state to state.

How Does a Living Trust Protect Assets?

Creating a trust to holds assets can help the grantor while he is alive and continue to serve him after his death. A living trust is created during the grantor's lifetime. It transfers title (ownership) of the grantor's property into the trust to be managed by a trustee for the benefit of a designated beneficiary. There are different types of living trusts and each can protect assets in a different way -- or not at all.

Can a Living Trust Be Disputed?

A living trust is an estate planning tool that allows a person's property to bypass probate court proceedings after ...

A trust is an instrument that allows one party, known as the settlor, to contribute assets to the trust and to name ...

A living trust is a legal device that establishes how your property is to be transferred upon death, but goes into ...

Is a Living Trust Good in All States?

Living trusts are a commonly used estate planning tools, because they are flexible and recognized in every state. The ...