What to Do If Your Husband Wants a Divorce But You Have No Where to Go?

If you’ve decided to file for divorce, you may want to move out of your marital home as soon as possible to get away from your spouse. However, if you can't afford to move and your husband refuses to leave, you still have options. Spouses who do not have the financial resources to move out can still get a divorce, and the court may help by ordering their husbands to pay spousal support or turn over the marital home to the wife. 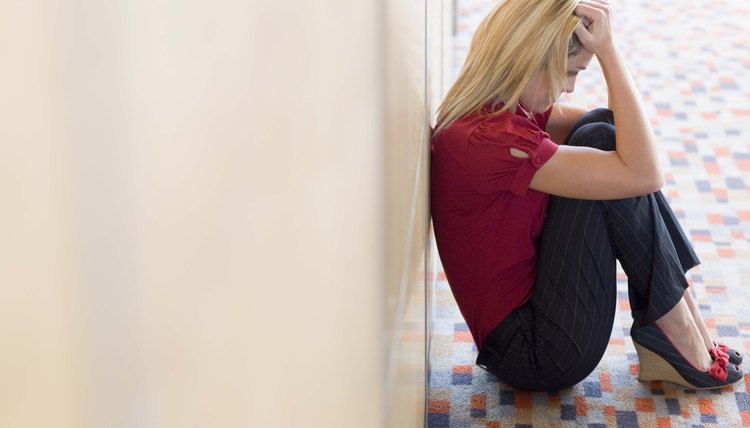 You don’t necessarily have to leave your home just because your husband wants a divorce, even if the house is in his name. State laws vary, but spouses commonly have equal rights to live in the marital home. In many states, property acquired during the marriage belongs equally to both spouses. However, if your spouse owned the house prior to your marriage, it may be considered his separate property, and he may be able to force you to leave.

If you don’t wish to live in the same house with your husband, you can file a motion in some states asking the court to give you exclusive possession of the marital home by ordering your spouse to move out. While this is within a divorce court’s authority, it is uncommon unless your husband’s presence in your home is mentally or physically unhealthy for you or your children. For example, a New Jersey court granted a husband’s request to force his wife to move out, saying she was a bad influence on their teenage son because she had an affair with a young man who had lived in their home.

Depending on your state’s laws, your divorce court may have authority to grant your motion for “pendente lite” alimony or spousal support, sometimes called temporary alimony. Such alimony is temporarily awarded to provide support while your divorce is pending, particularly if your divorce is expected to take many months to complete, and you could use the money to pay for a place of your own. You can ask the court for monthly payments or a lump sum sufficient to cover your moving expenses.

The family court in your state may also have authority to award alimony or spousal support to be paid after your divorce is final. Rehabilitative alimony may provide you with income to live on while you acquire education or job skills to make you better able to support yourself. Courts may even award permanent alimony for you to live on until you remarry. Courts typically do not apply a set formula to such alimony decisions, but consider factors such as the length of your marriage, your age and health, your income and that of your spouse and the contributions you made to your spouse’s earning capacity.

Divorce is never easy, but we can help. Learn More
Leaving a Matrimonial Home Before a Divorce

All spouses have certain rights, but they’re usually not enforceable without court intervention. Before the court can act, you must initiate a lawsuit against your husband. After you've filed a petition for divorce or for legal separation, a judge can enter orders to protect you and your interests. You can ask the court to order your husband to do something while your divorce is pending or to make him stop doing something.

Stay-at-home moms and unemployed wives are among the most vulnerable of spouses in a divorce. Individual state laws vary a great deal, but the decision of whether to award financial support to a wife usually rests in the hands of a particular judge. If he’s sympathetic to your plight, he’ll use the discretion granted to him by law to order your spouse to provide you with a steady income post-divorce. Otherwise, you might find yourself unable to make ends meet.

Owning your own home is still the American dream, but a home can be tough to split between divorcing spouses. For most couples, the home is more valuable than the bank accounts. In Illinois, marital property -- often including the family home -- is split equitably between spouses, though not necessarily equally. This often means the house must be sold to split its value between the spouses.

When spouses decide to divorce, they often must consider much more than simply ending the marriage and living separate ...

Florida law “presumes” that the fairest way to end a marriage is to give each spouse 50 percent of the property ...

When you divorce, the court has authority to divide much of the property owned by you and your spouse. If you and your ...

Your home may be the most valuable asset you and your spouse own, so it will be important for you to claim your ...