Making a will is essential if you want to ensure that your property is distributed according to your wishes after you die. In Illinois, the Probate Act of 1975 -- contained in Chapter 755 of the Illinois Statute -- sets out the state’s legal requirements for a last will and testament. Section 4-1 provides that any individual may make a will, provided he is 18 years or over and of sound mind and memory. 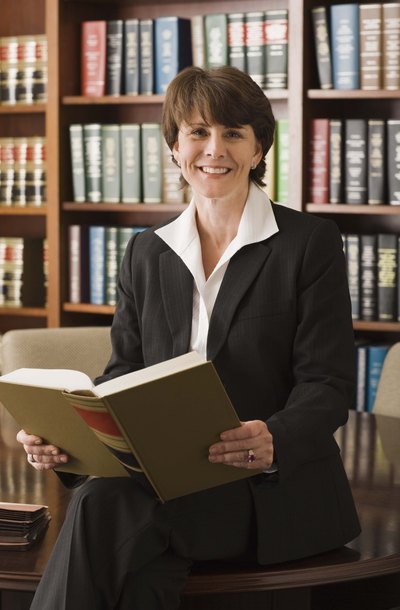 Changing or Altering a Will

Section 4-9 states that any addition to or alteration of a will is only effective if made by the testator and signed in the presence of two witnesses. Alterations written or typed onto a will can lead to uncertainty, and to avoid this, testators usually write a codicil. A codicil is a legal document that supplements a will and can be used to make small changes. To be valid, a codicil must be signed and witnessed with the same legal formalities as the original will. To avoid any ambiguity, the testator should arrange for the codicil to be placed with the original will for safekeeping after signing.

Section 4-7 of the Probate Act 1975 provides for revocation of a will in the event that the testator wishes to change his mind regarding his legacies or bequests. A testator may revoke his will by physically burning, canceling, tearing or obliterating it, or by directing someone else to do so in his presence. Alternatively, a testator can simply write a subsequent will, declaring that all prior wills are deemed to be revoked; however, it is still advisable to destroy any prior will.

Effect of Marriage and Divorce

Marriage has no effect on the validity of a will signed in accordance with the Probate Act of 1975. If, however, the testator's marriage is dissolved after she has executed a will, this will revoke any legacy or interest granted to her former spouse. According to Section 4-7, the effect on the will is as if the former spouse had died before the testator.

Protect your loved ones. Start My Estate Plan
Last Will & Testament in Kentucky

The testator, or writer of a will, provides for the distribution of his property after his death in the form of a last will and testament. In Mississippi, any individual who is "of sound mind" and is over the age of 18 may make a legally binding will. Depending on the size of the testator’s estate, a will can be either a lengthy and complex document, or relatively simple. Chapter 5 of Title 91 of the Mississippi Code contains the law regarding last wills and testaments.

A will or testament is a legal document that disposes of property upon a person's death and designates a guardian for the decedent's minor children, if any. When a person creates a will in Iowa, he must follow the state's prescribed legal procedures for drafting a will so it is valid and will be implemented upon death. The same legal procedures must also be strictly followed to amend a will.

Does Marriage Invalidate a Will?

Historically, common law held that marriage invalidated a previously made will. However, today, if a party fails to ...

Notarizing a Will in Texas

By writing and signing a will, you specify how you want your property distributed when you die. After death, the law ...

The property in a person's estate is passed to his beneficiaries when he dies. Many people prepare for this by making a ...