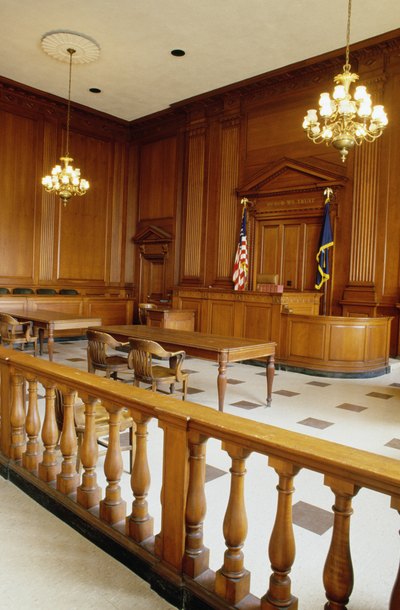 A will contest argues that the will is not valid according to state law. Usually, a will is contested because the person contesting it believes that either the testator did not have the mental capacity to make a will, or the will was the result of coercion, intimidation or fraud by another person. Sometimes, a will contest is filed because the person contesting the will believes that part or all of the will is a forgery that was not created by the testator at all. Although some beneficiaries may consider filing a will contest simply because they don't like their share of the estate, this alone is not a sufficient basis for a contest.

Who May File Contests

A will may be contested by anyone who has standing, or an interest in how the will contest turns out, according to FindLaw. The interest must be a specific thing that the person will gain or lose if the will is found to be invalid. Most will contests are filed either by people who stand to receive something according to the will, or people who are not included in the will but who stand to receive something under state law if there was no will.

Who Can Take Under Intestacy

Protect your loved ones. Start My Estate Plan
What Constitutes Fraud When Contesting a Will?

In order to contest a will, you generally have to have "standing," or be what is known in some states as an "interested party," according to FindLaw. An interested party is one who has something to lose or gain from challenging the will. Reasons to challenge a will may include that the deceased person didn't have capacity to make a will, undue influence, fraud and mistakes, according to the American Bar Association. Children of deceased parents who have standing may challenge the parent's will.

Alabama courts seek to ensure that a person's estate is distributed according to his wishes. If the will does not reflect the decedent's wishes for any reason, such as cases where the decedent did not have the mental capacity to write his will, an interested person may challenge the will in either probate court or circuit court.

What Does it Mean to Contest a Will?

A will contest or will challenge occurs when someone files a lawsuit in court stating that he believes the will is ...

What Are the Chances of Contesting a Will & Winning?

A will contest or will challenge is a case brought to a probate court in order to test a will's validity. Most will ...

Children and Contesting a Will

A will contest or will challenge is a lawsuit brought in the probate court to test whether the will is valid according ...