Inheritance laws in Kentucky depend on whether or not the deceased person, known as the decedent, has written a will. If he has made a valid will, his estate passes to his chosen beneficiaries in accordance with his wishes. However, if he did not make a will, his estate will be distributed in accordance with state law. This is known as intestate succession. Additionally, Kentucky requires certain beneficiaries to pay tax on bequests over a certain value. 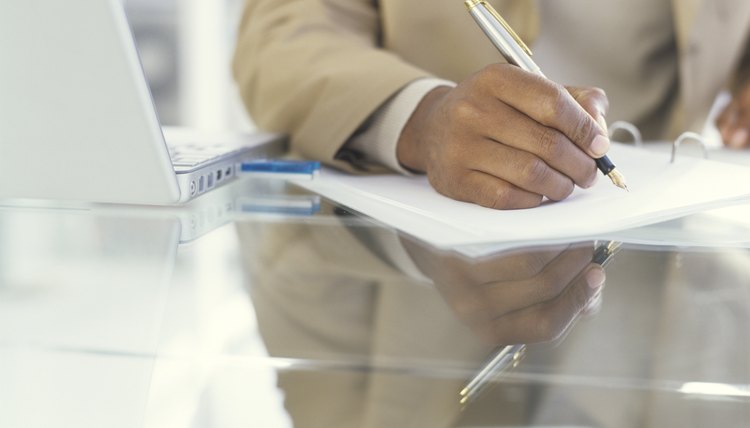 The Kentucky Department of Revenue levies taxes on bequests received by beneficiaries. The law divides beneficiaries into three categories: Class A, Class B and Class C. Class A beneficiaries include a surviving spouse, parent and child of the decedent. Class B beneficiaries comprise more distant relatives such as nephews, nieces and relations by marriage. Beneficiaries who do not fall within classes A and B are deemed Class C beneficiaries.

Even if the deceased has written a will, certain assets may not pass in accordance with the terms of the will. For example, if a husband and wife own a house together, the house deed may state that upon the death of either spouse, the deceased spouse's share will pass directly to the other spouse. Similarly, if a decedent has taken out an insurance policy and specified another person as his beneficiary, that person is entitled to the benefits, regardless of the terms of the will.

Protect your loved ones. Start My Estate Plan
The Inheritance Statute in Washington, DC

What Is a Family Trust?

A family trust is used to pass assets on to family members or other beneficiaries and may be set up as part of an estate plan. The trust is set up by the settlor – the person who owns the assets. The settlor's assets are then transferred to the trust. The trust is managed by the trustees on behalf of the beneficiaries – those who will benefit from the trust. Establishing a family trust avoids probate on the settlor's death and has certain tax advantages.

Dying Without a Will in North Carolina

In North Carolina, as in other states, dying without a will is known as dying intestate. It means your assets and liabilities are handled according to the state's laws of intestate succession. This is a complex set of rules, enforced by the probate court, that determines who the heirs of your estate are and the portion of the estate to which they are entitled.

The Florida Probate Code is a compilation of laws that sets forth how a person's estate is to be disbursed after death. The estate is all property a decedent owns. Some property is disbursed to beneficiaries in accordance with state law. The decedent can dispose of the rest of his property as he wishes by making a will. Without a will, an estate passes according to Florida's intestacy laws.

If your brother or sister dies owning property in Virginia, your sibling’s will and Virginia law determine whether you ...

Dying Without a Will in Kentucky

If a person dies without a valid will, the law describes it as dying “intestate.” In this situation, the laws of the ...

Can the Executor in New York Liquidate All the Estate if There Is No Will?

If a New York decedent dies intestate, or without leaving a will, there is no executor because such an individual is ...

In Alaska, as in other states, when a decedent doesn't make a will, his property and assets must be divided according ...