California is in the minority of states that apply community property principles to allocate equal ownership rights between spouses. However, in a divorce, this doesn’t mean that you must always split everything with your spouse -- including the inheritances you receive during your marriage. Under California law, marital rights to property are also subject to separate property rules. 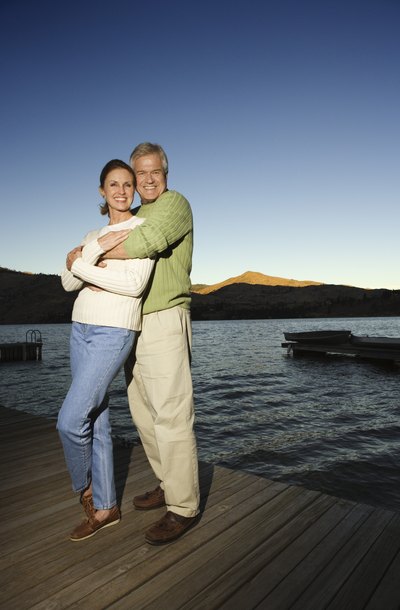 It is generally presumed that all property you acquire while legally married is community property. This means that if you ever file for divorce, California courts won’t take into consideration who actually earned the money to purchase the property -- you and your spouse each own one half. For example, suppose you have an agreement with your husband that you’ll go to work each day and financially support the family while he stays at home to raise the children. Even though you pay the mortgage with funds you earn at work, your husband is considered to own one-half of the home.

California also recognizes that each spouse may have separate property, which includes the money and assets you own before you married. This can also include certain gifts and inheritances that you receive during the marriage. If you get divorced, California courts will allow you to leave the marriage with 100 percent of your separate property, but only if you’re able to convince the court that it is separate, and not community property. Suppose your parents’ will designates you as the sole heir to their estate. If you receive the inheritance while married, you need to convince the court that it was intended only for your benefit and not your wife’s.

Most couples don’t usually plan on getting a divorce -- and depending on the length of the marriage -- most couples do not keep any inheritances received entirely separate from other joint assets. This is referred to as commingling. Commingling your inheritance with other marital property doesn’t necessarily mean that the inheritance has to be treated as community property after a divorce, but commingling makes it more difficult to overcome the presumption that it is, in fact, community property.

To prove that an inheritance you commingle with community property is separate will likely require you to trace evidence. You will need to provide the court with documents showing that certain property was acquired with your separate funds. For example, suppose you deposit money from your parent’s estate into a joint bank account. One week later you buy a valuable piece of artwork. In this case, a California judge could reasonably conclude that despite the brief commingling of funds, that the artwork was purchased with your inheritance. However, if you purchase the artwork five years after making the deposit, it’s nearly impossible to trace the source of the funds -- given all the deposits and withdrawals. Moreover, if you use the inheritance to purchase property titled in both your name and your spouse’s, it is deemed to be community property, regardless of how easily the financing can be traced back to your inheritance.

Divorce is never easy, but we can help. Learn More
Interest Income From Inheritance During Divorce in Arizona

West Virginia is an equitable distribution state. This means that although the judge will presume that you and your husband's property should be divided exactly in half in your divorce, she can divide the property unequally if it leads to a fair and just result. If you and your husband agree to split your property unequally in a separation agreement or a prenuptial agreement, a West Virginia judge will usually approve the agreement if it appears fair and both spouses made the agreement knowingly and without threats or pressure from the other.

There are few black-and-white answers when it comes to inherited property in divorce. An inherited asset starts out belonging solely to the spouse who received it, and it may remain that way – or it may not. It depends on what you do with it between the date you receive it and the time your marriage ends. If it appreciates in value, this is an additional factor the court must consider -- the question becomes why its value went up. Depending on the answer, the increase might be yours, or you might have to share it with your spouse.

You might think of an inheritance as your own property, even if you received it while you were married. After all, the ...

Inheritance is typically viewed as the separate property of the spouse who received it. However, the nature of separate ...