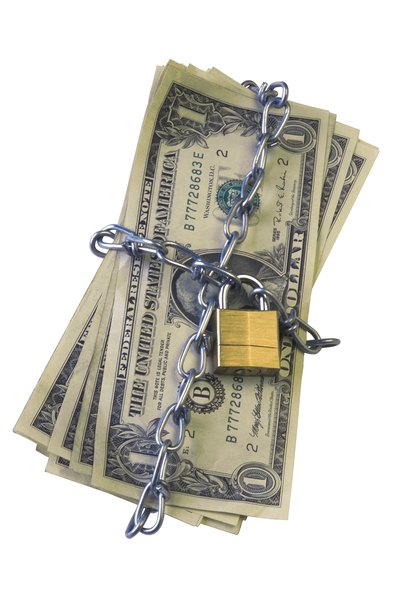 By an important bankruptcy reform law passed in 2005, assets up to $1 million in an IRA -- or combination of multiple IRAs -- were made exempt from seizure by a bankruptcy trustee. The IRA exemption limit was raised to $1,171,650 in 2010. The Bankruptcy Abuse Prevention and Consumer Protection Act (BAPCA) did not exempt ordinary investments -- stocks, bonds, mutual funds -- held outside of an IRA. Prior to the passage of BAPCA, retirement plans conforming to the Employee Retirement Income Security Act (ERISA) were exempt, but IRAs were not.

The federal cap on the IRA exemption applies to both conventional and Roth IRAs. It does not apply to funds rolled over from other retirement savings accounts, such as a 401(k) set up with contributions from your employer. In addition, Keogh accounts, SEP accounts, and SIMPLE IRAs are exempt without any dollar limit. The states have their own schedule of exemptions, which you may need to use. Alabama, for example, exempts conventional IRAs but not Roth IRAs -- and requires you to use the state exemptions.

Under the law, IRAs in which certain prohibited transactions take place are not exempt in bankruptcy. These prohibited transactions include the owner using any IRA funds to buy and sell property outside of the IRA, or transferring any IRA assets to another, non-IRA brokerage account. If such a transaction occurs, then the IRA ceases to be treated as an IRA for tax purposes and for purposes of a bankruptcy exemption.

The tax rules applied to withdrawals from the IRA also affect the exemption rule. For example, if you withdraw money from the IRA before reaching the minimum retirement age of 59 and a half, you must replace that money within two months. Otherwise, you pay both capital gains taxes and a 10 percent penalty. In addition, the funds are considered part of your bankruptcy estate, and not exempt from seizure.

Get a free, confidential bankruptcy evaluation. Learn More
Do You Lose Your 401(k) if You Go Bankrupt?

Do I Have to Give My Bankruptcy Trustee My Pell Grant Money for School?

If you're enrolled in college and thinking about filing for bankruptcy, you may be worried about your financial aid and if it will be at risk. Only individual debtors who file for chapter 7 bankruptcy have their assets seized. However, any financial aid you received from the federal government, including a Pell grant, is exempt from seizure.

What Is Not Exempt Under Chapter Seven Bankruptcy?

When you file for chapter 7 bankruptcy, you put your financial affairs into the hands of a federal court and a court-appointed trustee. The job of the bankruptcy trustee is to seize and sell your property to compensate your creditors. While bankruptcy law protects some of your assets, other property is considered non-exempt and is subject to seizure and liquidation.

The Difference Between Inheriting an IRA vs. Assuming an IRA

Planning retirement account expenditures can be hard to pin down, and some people have funds left over when they die. If someone dies with money remaining in an IRA, the account goes to the person the decedent names as the beneficiary of the account. Depending on your relationship with the decedent, you may have the option of assuming the IRA rather than treating it as an inherited IRA.

Can Creditors Take My IRA Rollover in Bankruptcy?

An Individual Retirement Account is an investment account in which you can deposit after-tax dollars for retirement ...

How Is an IRA Treated in Chapter 13 Bankruptcy in Indiana?

Under Chapter 13 bankruptcy, most of your debts are wiped clean through a discharge after you successfully complete a ...

Bankruptcy & Cashing in Retirement After a Discharge

If economic circumstances force you to seek bankruptcy protection, you may be concerned about whether you will be ...

Can a Health Savings Account Be Affected in a Bankruptcy?

If you file for bankruptcy protection, federal and state law governs the treatment of your assets, including any money ...