Custody disputes may be a highly contentious and emotional issue for recently divorced parents. In making a custody determination, Illinois courts look at evidence that shows what is in the best interest of the child. To help in this determination, the court may appoint individuals to represent the child's interests. However, custody orders may not be permanent, and either parent has the right to request modification of a custody order if the circumstances change. 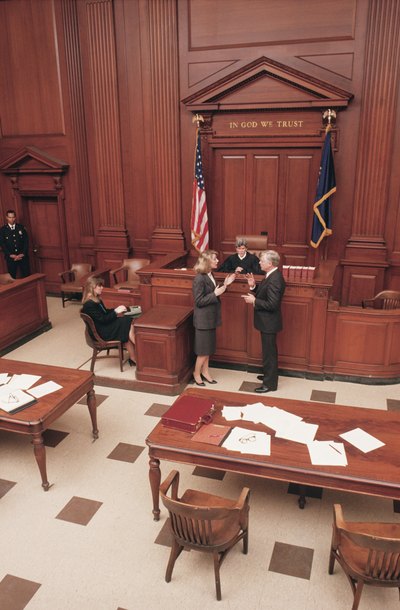 Before heading to court, parents have the option to reach their own agreement regarding custody and visitation. When the parents are unable to do so, the court will then send the parents to mediation to give them another chance to sort out their issues with the assistance of a mediator. If mediation is not successful, the court may then appoint a custody evaluator as well as an individual to represent the child's interests - a guardian ad litem, child representative or attorney - in order to assist the court in making a custody determination.

As in all states, courts in Illinois determine custody based on what is in the best interest of the child. The court will consider all relevant factors that may indicate what would be in the child's best interest. Factors may include the wishes of the parents, the emotional and physical health of the parents and child, child's interactions with the parents, and child's adjustment to school or community. If the court determines that the child is mature enough to understand the proceedings, usually 14 or older, the court may consider the child's wishes in the custody determination. .

Generally, Illinois courts will only award joint custody when the parents are able to effectively cooperate in matters regarding the child. The parents must submit a "joint parenting agreement," which spells out how the parents will decide major issues such as health care, education and religion. The agreement may also include a provision that if the parents cannot agree on any matter, they will attend mediation. If parents are not able to cooperate, the court will likely award sole custody to one parent, giving her the power to make major decisions for the child.

In most cases, courts operate on the assumption that siblings should not be separated between households; thus, custody arrangements aim to keep siblings together. Further, when one parent has served as the primary caretaker of the children before the custody battle began, courts are generally reluctant to separate the children from that parent.

Protect your loved ones. Start My Estate Plan
Court Procedures for Shared Custody in South Carolina

When making a child custody determination, most jurisdictions make a decision based on the best interests of the child. Although the exact meaning of a child’s best interests varies from state to state, in many cases, the court will favor parents who actively involve themselves in their children’s lives. Additionally, courts may look positively on parents who help their children maintain a positive relationship with the other parent.

How to Establish Custody in Michiagn

Michigan’s statutes don’t technically recognize what most parents think of as sole custody. The state leans toward awarding joint custody, meaning that both parents have an equal say in major decisions. A parenting plan provides for regular, quality time with each of them. If parents request joint custody, Michigan judges are obligated to order it, unless some circumstance exists that would make such an arrangement harmful to the child. When parents dispute custody, Michigan requires many intermediary steps before a judge will make a ruling.