When you file a Chapter 7 bankruptcy petition, all your assets become part of your bankruptcy estate and are subject to review and control by a court-appointed trustee unless the property is exempt under either Kansas state or federal law. Under federal and most state laws, you are not permitted to retain your tax refund while in bankruptcy as it is considered an asset to be forfeited to your creditors. In 2011, the Kansas Legislature enacted a special exemption which may allow you to keep much of your tax refund. 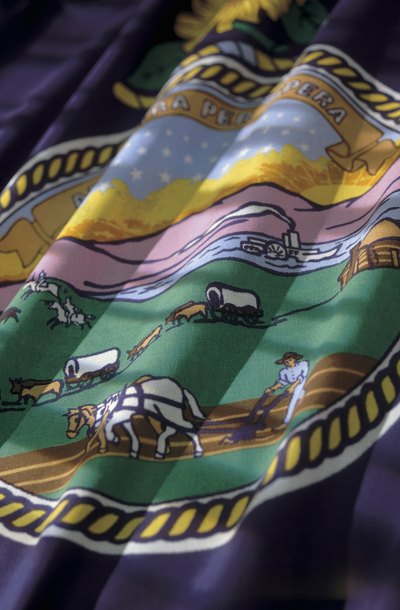 If you are filing for Chapter 7 bankruptcy, you may have no assets to forfeit to pay creditors and be in a low-income tax bracket. Although you may not have tangible assets for the bankruptcy trustee to seize, such as a vacation home or jewelry, your tax refund is considered an asset and may be subject to forfeiture. In most states you are permitted to apply state or federal exemptions to some property, preventing it from being taken by the trustee for your creditors. Although these exemptions generally apply to your house or car, Kansas now allows some Chapter 7 debtors to exempt portions of their tax refund.

In 2011, the Kansas Legislature passed section 60-2315 of the Kansas Statutes Annotated, to allow Chapter 7 debtors to keep a portion of a year's tax refund equal to the debtor's earned income tax credit. This tax credit aids working class taxpayers by refunding any Social Security taxes paid during the year. As the average earned income tax credit in Kansas for 2011 was $2,174, a debtor's ability to keep the refund while in bankruptcy can serve as a big financial boost at a time when money is tight.

The new exemption created a legal controversy when one Kansas state bankruptcy trustee fought the law, claiming it violated the United States Constitution. Specifically, the trustee argued that the Kansas legislature did not have authority to enact legislation overriding US bankruptcy law because federal law is the supreme law of the land. In response to the trustee's challenge, the attorney general of Kansas intervened on behalf of the affected debtors and defended the new exemption. Although the legal challenges are ongoing, the Kansas exemption was found constitutionally valid and upheld by federal bankruptcy and appeals courts.

Trustees in Kansas, like in most states, receive a small fee of about $60 per case for their services. One way a trustee can increase his fee is through seizing a debtor's asset in a Chapter 7 case, for which he is paid up to a 25 percent commission. Since most Chapter 7 debtors have no assets for liquidation, other than their expected tax refunds, the trustees may be reliant on seizing the debtor's refunds to supplement their own pay. However, the new Kansas exemption law reduces the trustee's own income from the case.

File a DBA for your business online. Get Started Now
How Much of Your Tax Refund Do You Have to Give the Bankruptcy Trustee in Illinois?

Submitting Taxes to a Trustee After Bankruptcy in Florida

Does My Tax Refund Have to Go to the Bankruptcy Trustee?

Many families view their annual income tax refund as a personal bonus or a means to fund an annual vacation or make a large purchase. If you are in personal bankruptcy proceedings, however, your tax refund may be taken by the bankruptcy trustee to pay your creditors. In some circumstances, all or a portion of your tax refund can be protected through careful planning and use of bankruptcy exemptions.

Can a Bankruptcy Trustee Take Possession of a Home From a Lender?

Bankruptcy can give you a fresh financial start, but under Chapter 7 bankruptcy procedures, a court-appointed trustee can take some of your property and sell it to pay your creditors. Since creditors are primarily interested in getting paid, your bankruptcy trustee may be able to take your house, sell it and pay off your debts with the money from the sale. Alternatively, your lender might be able to regain possession of the home for sale to satisfy your mortgage debt.

Can a Trustee Take Your IRS Refund After Discharge From Bankruptcy in Nevada?

If your debts are out of control, you have the option of filing for personal bankruptcy. A bankruptcy trustee, ...

The law is full of loopholes, and nowhere is this more true than in the area of bankruptcy statutes. The U.S. ...

Will the Trustee Come to My Home & Inventory My Possessions If I File Chapter 7 Bankruptcy?

After you file your petition for Chapter 7 bankruptcy, a court-appointed trustee begins evaluating your assets to ...

California Law on Inheritance in a Bankruptcy

If you file for bankruptcy at a time when you are expecting to come into an inheritance, you may need to include the ...