Although divorced parents in Kentucky often share legal custody of their children, they don't typically share physical custody. For the parent without physical custody, a visitation schedule protects that parent's right to spend time with the child. Parents should know the Kentucky laws regarding custody rights and related legal issues, such as child support or grandparent visitation. 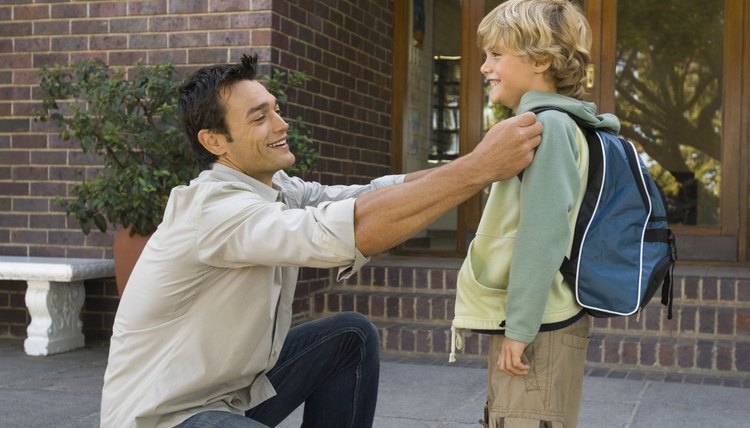 Types of Custody in Kentucky

In Kentucky, state courts often award legal custody to both parents. When parents share legal custody, they generally share parental decision-making rights. However, joint custody doesn't guarantee that the child will spend an equal amount of time between both parents' households. One parent generally has physical custody — known as residential custody in Kentucky -- wherein the child primarily lives in that parent's home. The parent without residential custody often has visitation rights and a schedule for parent-child time. However, a state court may deny visitation rights or require supervised visitation if necessary to protect the child's safety and well-being.

Parents can informally arrange a visitation schedule between themselves. However, either parent may prefer to obtain a court order from a Kentucky court because the court order allows for enforcement by a judge if the other parent has a change of heart or wants to change the arrangement. A court can issue a custody order during an ongoing divorce, paternity or child support case, or as part of a new case regarding child custody only. When determining visitation rights, state courts must emphasize the child's best interests rather than rely on the parents' requests. In addition, Kentucky courts often set visitation based on guideline schedules that recommend a specific duration for visits and explain how to share the child's time on holidays and other special occasions.

If the parent with residential custody does not comply with a court order for visitation, the other parent might feel tempted to react by withholding child support payments. Similarly, the parent with residential custody might want to prevent regularly scheduled visitation if the other parent stops paying child support. Neither type of decision is allowed by Kentucky law. The amount of child support is calculated by the state court and, in general, the obligation to pay child support does not change when a parent spends little time with the child. However, either parent may return to court to request changes to the visitation schedule. If a parent's visitation time significantly increases, the court might agree to change the child support obligation.

Protect your loved ones. Start My Estate Plan
Child Visitation Laws in Kentucky

What are the Child Custody Rights of the Non Custodial Parent in Ohio?

Understanding the rights of a noncustodial parent in Ohio can be important for the initial allocation of physical and legal custody, as well as for any subsequent modifications. The noncustodial -- or nonresidential parent -- is usually awarded parenting time, which can follow the standard Ohio parenting schedule, or it can be adjusted on the basis of relevant factors, which the judge deems to be in the child's best interest.

Courts encourage relationships between parents and children, so an ex-spouse who does not pay child support as ordered generally will not lose court-ordered visitation just because of the nonpayment. However, this does not mean the spouse receiving child support does not have resources to enforce the child support order and collect past-due payments.

Laws for Custody Battles in Kansas

Child custody matters often become highly adversarial. For that reason, courts in Kansas are acutely aware of the harm to children that can result when parents cannot get along during and after a divorce. State law provides judges with tremendous leeway in crafting custody orders to encourage contact between a child and both parents while also attempting to minimize conflict in the family.

The finer points of custody can vary from state to state, but most legislation runs along common lines. Like many ...