Last Will & Testament in Kentucky

By writing a last will and testament, an individual sets out his wishes for disposing of his property and estate after his death. He may also stipulate his instructions for the guardianship of any minor children. Chapter 394 of the Kentucky revised statutes contains the law regarding wills in the state. If a person dies without leaving a will, he is said to be intestate and the Kentucky laws apply to the distribution of the estate. 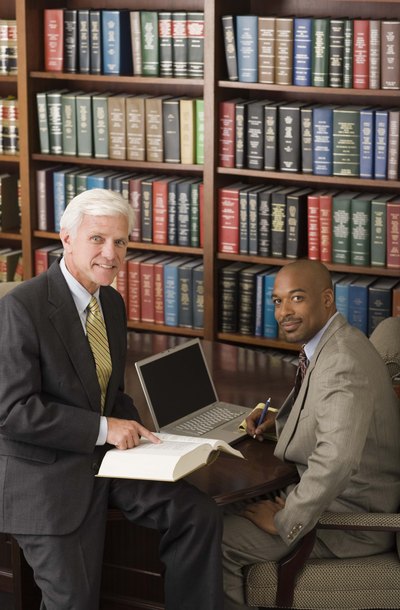 Requirements for a Valid Will

The writer of a will – known as the testator – must be over the age of 18 and of sound mind when he signs his will. According to Chapter 394.040 of the Kentucky revised statutes, a will is valid if it is in writing and signed by the testator, or by another person under his direction. At least two witnesses must also sign the will in the presence of the testator. Both witnesses should sign at the same time. A handwritten, or holographic, will is valid if written in the testator's own handwriting and signed by him.

A will, once written, does not expire. Chapter 394.040 states that a subsequent will has the effect of revoking any prior wills. A testator can also revoke his will by some other writing where he declares that he intends to revoke the existing will. Such other writing must be signed and witnessed with the same formalities as the original will. The testator may also revoke the will by cutting, tearing, burning, obliterating, canceling, or destroying either the complete document, or his signature, provided it is clear that it is his intention to revoke the will.

Consequences of Marriage and Divorce

In some states, both marriage and divorce can revoke or change a will. Chapter 394.090 of the Kentucky revised statutes specifically states that a will is not revoked by the marriage of the writer. According to Chapter 394.020, if a testator divorces after he has written his will, any bequest or legacy to his former spouse is revoked. Similarly, if the testator has appointed his ex-spouse as executor, trustee or guardian, this provision will be revoked. Any instructions in the will that have been revoked by divorce are revived if the testator re-marries his former spouse.

Divorce is never easy, but we can help. Learn More
Ohio Laws on Wills

The property in a person's estate is passed to his beneficiaries when he dies. Many people prepare for this by making a will naming the people who will receive their property. A surviving spouse is almost always a beneficiary. However, if a spouse is disinherited, Kansas law provides a remedy that permits the spouse to still inherit from the estate. Additionally, if a person died without a will, a surviving spouse inherits through Kansas' "intestate succession" laws.

A will is a written document that sets out the wishes of the writer -- known as the testator -- in the event of his death. In Maryland, the state law on wills is contained in Title 4 of the Estates and Trusts Chapter of the Maryland Code. If a person dies without making a will, he is said to be “intestate” and state laws will determine how his estate is distributed.

Does Marriage Invalidate a Will?

Historically, common law held that marriage invalidated a previously made will. However, today, if a party fails to revise a will after marriage, the effects vary based on individual state laws. The results of marriage on a prior will range from no effect at all to a partial or complete disruption to a will's terms.

The testator, or writer of a will, provides for the distribution of his property after his death in the form of a last ...

Making a will is essential if you want to ensure that your property is distributed according to your wishes after you ...

Can I Renew My Husband's Passport for Him With a Power of Attorney?

As an agent appointed under your husband's power of attorney, you have authority to make either medical or financial ...