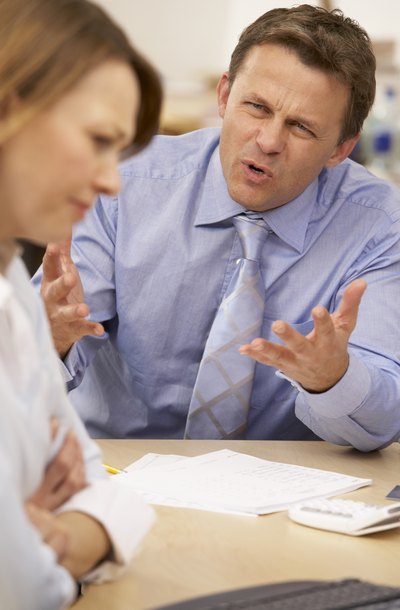 You must have a reason, or ground, allowed by California law and accepted by the court to contest a will. An interested person can challenge the will if fraud was involved in its making, or if the document fails to meet the legal standards for wills in the state of its creation. If another person tricked or pressured the deceased person into making the will or any of its provisions, the will is invalid. You can also contest the will if the deceased person wasn't mentally competent when he made the will, he made mistakes on the provisions or if he revoked the will or wrote a new will before he died. The court might accept other reasons for a will contest, but an interested party can't contest a will simply because she doesn't feel the provisions are fair.

The time limit you have depends on where the estate is in the California probate process. You can contest the will as soon as the person dies by filing an objection to a petition based on the will. If the personal representative named in the will has already filed a probate petition, you must file before the hearing on the petition. If you want to contest the will after the hearing -- during which the court accepted the will as a valid document for probate -- you only have 120 days from that hearing date to file a petition to revoke will probate.

All burden of proof in a California will contest is on the contesting party. For example, if you are contesting the will because the deceased person wasn't competent, you must provide evidence showing he was incompetent, such as witness testimony and medical documentation. If you're trying to prove the deceased had a more recent will that revoked the will offered for probate by the personal representative, the court will examine the more recent will first to determine its validity. Some contest reasons are harder to prove than others. For example, if you need to prove the deceased was pressured into the will, you typically must rely on testimony from witnesses who knew the deceased and knew a situation of undue influence existed.

California laws allow no-contest clauses in a will. If you contest a will with a no-contest clause, you might be left without any right to the estate if the court enforces the clause. Whether the court upholds the clause depends on your situation and the clause's wording. However, if the contest hearing determines that you had no valid reason for the contest, the court will typically uphold the clause. Some situations are not considered a clause violation, unless the clause specifically mentions the action as a violation. Interested parties can still challenge documents related to the estate, other than the will, and ask for a compromise on the will's terms without violating the clause.

Protect your loved ones. Start My Estate Plan
How to Contest a Last Will & Testament in Arizona

An executor in California is a person who is nominated in a will to represent the deceased person’s estate and to carry out the instructions found in the will. A court must approve of the nomination before the nominee can serve as the executor. For most nominees, the court appointment is simply a matter of procedure, but problems can arise if the nominee elects not to serve or if someone contests the nomination.

Contesting a Will in the State of Maryland

When a family member overlooks you in his will or snubs you by leaving you a negligible gift, you can't ask him why, but you may have recourse. You can contest or challenge the will, but the process isn't always without risk. The Orphans' Court oversees probate and will contests in Maryland, where will contests are called "caveat proceedings."

What Does Probating a Will Mean?

The will probate process may seem complex on the surface. A closer examination, however, reveals that the process is ...