North Carolina has laws that control the validity of a will, define the qualifications of the executor and create a will if a state resident dies without a will. The state also protects the rights of the relatives of the decedent. North Carolina does not allow a will creator to assign a spouse zero assets from the estate, but the will creator's children can be completely disinherited in this state. 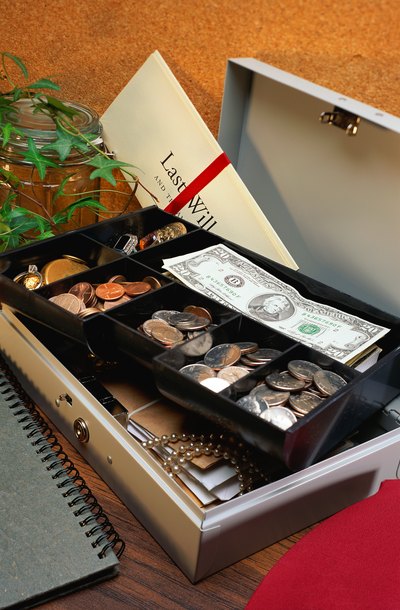 A person can appoint an executor in North Carolina to manage the assets of his estate. The executor must be at least 18 years old, not a convicted felon, and not incompetent or illiterate. The executor must either be a resident of the state, or hire an agent who is a resident of the state. The court can decide that the executor that the will names is not suitable and appoint an administrator of its choosing to manage the estate. According to North Carolina State University, the person should list several alternative executors in case the court does not accept his first choice.

When a person dies without creating a valid will, North Carolina distributes the property according to the laws of intestacy succession. The state assigns different proportions of the real estate and the property to various beneficiaries, such as the decedent's spouse, parents, children and relatives. The spouse receives the first $30,000 of personal property if there are children, and the first $50,000 of personal property if there are no children. If there are no heirs, North Carolina uses the estate's assets to support higher education in the state.

In North Carolina, a person can create a will without a lawyer or witnesses, which is known as a holographic will. According to North Carolina State University, a holographic will must be handwritten by the creator, and must have the creator's signature. The court will compare this will to handwriting on other documents that the creator signed to verify its authenticity. A witness must testify in court that either the holographic will was found along with other important documents that the decedent owned, or that the decedent specifically gave the will to another person to safeguard it.

The state of North Carolina also recognizes a will as valid if two people witness the creator signing it, and also sign the will themselves as witnesses. The witnesses do not need special qualifications, such as a law degree, and do not need to read the will themselves. The state requires at least two people who are not named as beneficiaries to witness this signing, or else any property assignments that the will makes are not considered valid under state law.

Protect your loved ones. Start My Estate Plan
The Inheritance Hierarchy Without a Will in New York State

A will is a testator's final directive about her property. A valid will effectively disposes of all of the testator's assets after her death according to her own choices. In order for a will to be valid, the testator must be competent, must intend to make a will and must execute the document according to state law. Absent a valid will, property passes to blood relatives under state intestate distribution laws.

How to Execute a Last Will and Testament

A last will and testament is a document used to distribute the property after the property owner dies. The person who creates the will, known as the testator, must not only clearly state his intended distribution of property, he must also execute the will in legally valid form. Although exact procedures vary from state to state, common features are found in every state. Check the law of your state for exact procedures and have an attorney look over your will before you sign it.

You may hear the terms "heir" and "legatee" used interchangeably, but the words have two different legal meanings. An heir inherits the estate of a person who died by relationship, descent, will or legal process wheras a legatee is any entity or person who received an inheritance from a will.

In North Carolina, as in most states, when you die without a will you are considered “intestate.” When a North ...

Your last will and testament is the only way that you will be able to control the distribution of your assets after you ...

How do I Create a Valid Will?

Will requirements are neither tricky nor confusing. If you follow the procedures mandated in your state of residence, ...

Legal Grounds for Contesting a Will

You cannot contest a will merely because you believe you should have received more -- you must establish legal grounds. ...