What Are the Laws in Arizona Concerning Divorce & Taking Your Kids Out of State?

Arizona requires parents to file proposed parenting plans during the divorce process, and the court only rules on custody issues if parents cannot agree to a parenting plan or some aspect of it. A couple’s parenting plan can give specific guidance about how the parents intend to handle vacations and relocations. Arizona law also provides rules about relocating children when the parents are divorced. 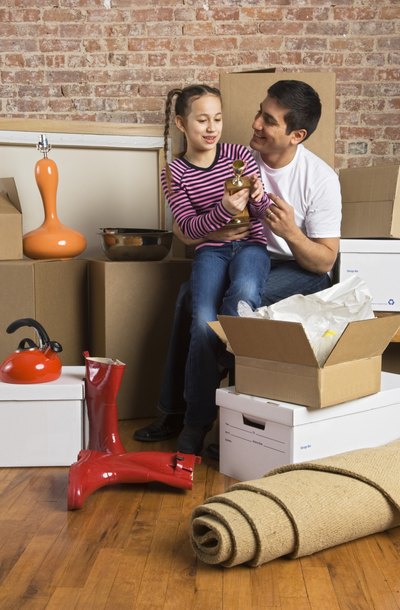 Typically, parenting plans address vacation issues. If the parents agreed on these issues, the court incorporates these agreed-upon terms into the divorce decree. Commonly, a parenting plan or custody order contains directions for a parent who wishes to take a child out of state for a short vacation like spring break. The order may require the vacationing parent to notify the other and exchange contact information before traveling, and it may limit the number of days the child can be taken out of Arizona.

If one parent objects to the vacation plans of the other parent, he can file a petition to ask the court to intervene. For example, if the objecting parent has reason to believe the child may be in danger if the other parent takes him out of state, he could ask the court to review the case and prevent the travel. If a couple’s parenting plan does not contain any provisions for vacations, they may return to court to ask the judge to modify the parenting plan to address such issues.

Arizona law requires a parent who intends to relocate — either out of state or more than 100 miles away — to give the other parent at least 60 days notice, and the notice must be delivered by certified mail or as otherwise permitted by Arizona law. The other parent has 30 days to file an objection with the court. If the other parent objects, the relocating parent has the burden to prove to the court that the move is in the child’s best interests and is not merely an attempt to get the child away from the other parent.

Parents who wish to relocate don’t necessarily have to wait until the court makes its decision before they can temporarily relocate the child. A parent with sole custody or primary physical custody can relocate temporarily — until the court has a chance to make its decision — if the relocation is due to the parent’s or step-parent’s health, safety or employment. If parents share substantially equal physical custody arrangements, the relocating parent can only relocate temporarily if the other parent agrees in writing.

Divorce is never easy, but we can help. Learn More
Can Children Refuse Visitation?

What Are the Standard Texas Child Visitation Laws?

When parents divorce, the court must decide how to split their time with their children. This split is normally made through custody and visitation terms in their decree. In Texas, child custody is referred to as possession and access. Texas courts use a standard possession order rather than a standard visitation schedule.

Florida Divorce Laws on Moving Out of State With Children

Divorced parents rarely remain in the same houses, or even in the same state for their child’s entire childhood. Sometimes, parents move out of state for economic reasons, such as a new job, or to be with a new spouse or closer to family. Whatever the reason for the move, Florida laws provide strict procedures the parents must follow before moving a child to another state.

For divorcing parents, summer vacations can present a particular challenge since child custody is often a hot topic in ...

When parents divorce, many prefer to arrange for joint custody of the children when possible. In Ohio, this is ...

Adults are accustomed to traveling when and where they want. If you share custody of your child with the other parent, ...

Emotions tend to run high in custody proceedings and parents often lose sight of what's best for their children. ...