After an Oregon court issues divorce orders or approves a divorce settlement negotiated by the spouses, both parties must follow the established terms. However, a court order does not always guarantee both parties' compliance. An ex-spouse might breach the terms of a divorce by failing to follow court orders related to financial support, child custody and other legal issues. If one party violates a court order, the other party can often seek help with enforcement through the courts. 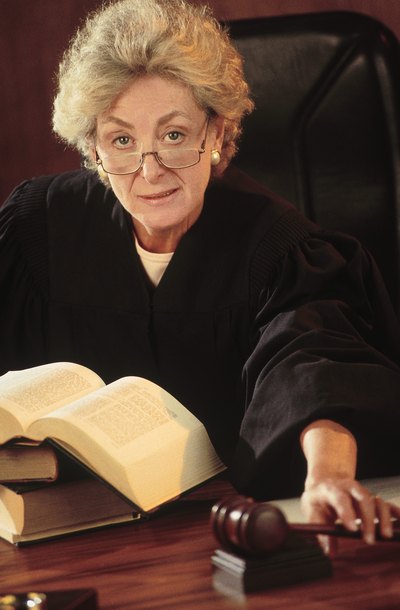 If spouses negotiated a settlement agreement as part of their divorce judgment, either spouse may need enforcement help if the other spouse breaches the agreement. Oregon divorce laws specifically allow either ex-spouse to file a motion with the court to request enforcement of the settlement agreement according to the contract laws of the state. Either ex-spouse may also request that the court find the other party to be in contempt of court for violating the terms of the divorce judgment. In addition, a party can request that the court modify or vacate the settlement terms that have caused problems between the ex-spouses since their divorce.

Enforcement of Child Support or Alimony

Other Consequences of Failure to Pay

If an ex-spouse breaches the child support or alimony terms from the divorce agreement or judgment, Oregon state laws establish other enforcement options in addition to wage withholding. The court may approve an order for a tax intercept that takes the tax refunds owed to the person who has fallen behind on alimony or child support. The court might also require the suspension of the non-compliant parent's driver's license until the parent pays some of the money owed. In addition, the court can issue an order to place a lien on the non-compliant parent's property to generate funds through an eventual sale of the property.

Divorce is never easy, but we can help. Learn More
What Happens if You Disobey a Court Child Custody Order?

What Happens If I Can't Make My Child Support or Alimony Payments in Maryland?

What Can a Spouse Waive in a Legal Separation?

State laws determine each spouse's rights during legal separation — these rights are often similar to the rights of spouses in a divorce. In an agreement for legal separation, a spouse can waive rights regarding assets, debts, alimony and other financial issues. Spouses can waive their own rights, but they often cannot waive rights related to their children. A husband or wife should fully understand the rights given by state law before signing a separation agreement that waives any of those rights.

Whether a decree incorporates the terms of a settlement agreement between spouses, or a court orders the decree’s terms after a divorce trial, they are equally binding. A spouse can’t simply ignore them -- at least not without risking potentially serious repercussions. In New York, failure to obey the provisions of a decree can result in jail time if a spouse doesn’t have a good reason.

Falling behind in child support payments under a divorce order can lead to the initiation of enforcement proceedings ...

When unmarried, separated or divorced couples have children together, financial issues often become a source of stress ...