Who Has to Leave When Divorce Is Filed?

Unless and until a court issues an order requiring you or your spouse to leave, both of you have equal rights to the marital home. The court generally can't make such an order unless one of you files for divorce first, but the act of filing for divorce doesn't force either of you out, at least not by itself. 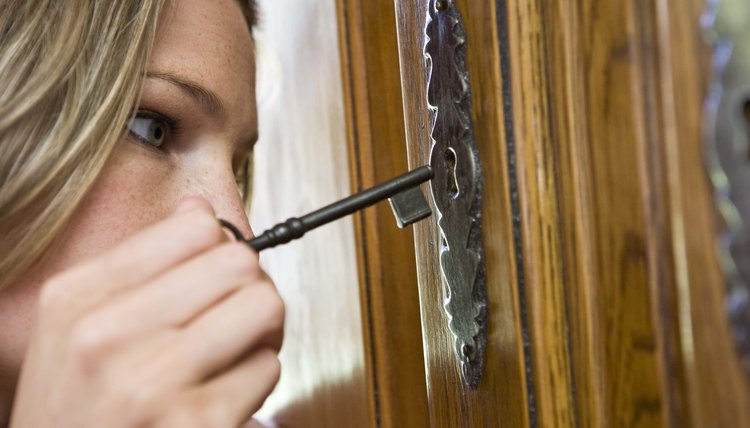 After you file for divorce, you can file a motion asking a judge to award you exclusive possession of your home. This may not be as easy as it sounds, however. The court will want a very good reason for letting you stay and making your spouse go. His presence in the house must usually create such intolerable, stressful conditions that no one would expect the two of you to continue to reside there together. You'll need proof – you can't just make the allegation and expect the judge to take your word for it. If you're in actual physical danger, you can file for a restraining order and this would also remove your spouse from the home.

Your spouse might not want to leave because you don't yet have a parenting plan in place, or because it's unclear who will pay for what. After you file for divorce, you can file a motion with the court, asking a judge to resolve these issues temporarily until your proceedings are final. If they're resolved, your spouse might be more willing to move out. If you can reach a settlement agreement on your own, resolving all issues of your marriage, not only might he move out, but your divorce will be uncontested as a result.

Divorce laws can vary from state to state, and this is particularly true with the issue of bifurcation. Bifurcating a divorce allows you and your spouse to part ways without first deciding issues, such as property division. However, not all states allow it. Alaska, California and Kansas include provisions for bifurcation in their legislative codes, but Michigan, Texas, Arizona and Nebraska don't permit it. In New Jersey, a court will only permit bifurcation under "extraordinary circumstances." If you're unsure about your own state, check with an attorney to find out if it's possible, because some jurisdictions don't have any hard-and-fast rules for bifurcation at all.

Is it Normal for the Sheriff to Come to the Home to Present the Divorce Papers?

A divorce can't move forward until the spouse who filed arranges to have the other spouse officially served with the divorce papers. In most states, there are several acceptable ways of doing this. One common method is to have the papers delivered by sheriff's officer -- at least in contested divorces where spouses can't agree on anything or if one of them doesn't want the divorce in the first place.

Divorce invites the court into the most personal areas of your life, including what's going to happen to your home. If you and your spouse can't reach an agreement regarding what to do with the marital residence, a judge will rule on the issue at trial. If you both want the house, the judge might order it sold rather than decide between you, unless he has a compelling reason not to. If you and your spouse negotiate a marital settlement agreement, however, there are some ways one of you can keep it.

Rights on Temporary Possession of a Marital Home

When a couple marries and purchases a home together, then one files for divorce, this does not automatically grant ...

Most states prefer that spouses negotiate a marital settlement agreement on their own when they divorce, rather than ...

Different Kinds of Divorce in Ohio

On the surface, Ohio seems to offer many different options for ending your marriage. In actuality, these options are ...