Legal Guardianship of an Abandoned Child

Working out the custody of a child can be a confusing and heartbreaking process, especially if parents are fighting over the child or trying to make the child choose. But when a child is abandoned, sometimes the heartbreak can be even worse. Determining legal guardianship of a child varies from state to state, but some general rules apply. 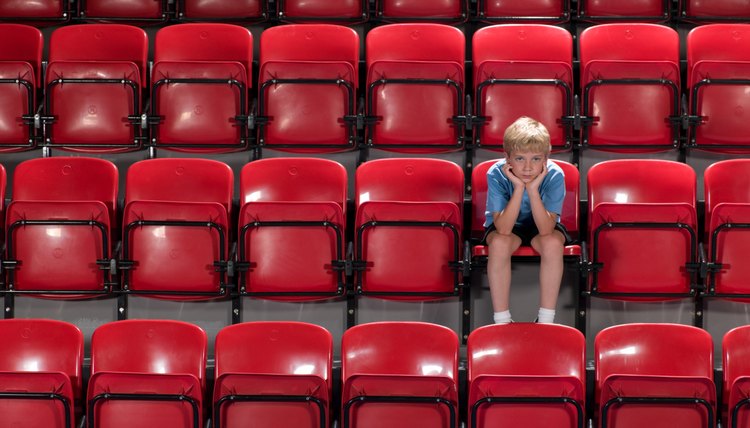 A guardianship is different from an adoption in that the birth parents' legal parental rights aren't permanently terminated. Guardians are typically given mostly the same rights that a parent would have to raise and take care of the child. However, the guardianship can be ended if a court finds that the situation has changed and a new situation is now in the best interest of the child.

Most states define abandonment as leaving the child without supervision, although some states couch this in terms of the child's age or threat of harm. In Indiana, for example, abandonment is only defined for a child younger than 12 months, and occurs when a parent leaves a child somewhere that the child's health or life is endangered. In Kansas, the definition is far more general, meaning to simply desert or stop providing care for a child without making any provisions. In Maine, the definition is broad enough to encompass any time a child doesn't have a person responsible for him, but adds the caveat that the child's safety must be seriously threatened in the process.

Most states presume that being with the parents is in the child's best interests. But if a child is found to be abandoned, then the court may appoint a guardian instead. Guardians are typically close relatives of the child or, if relatives are not available, someone who has a strong emotional bond with the child. If an adult wants to request guardianship based on a child being abandoned, he should hire a lawyer. The lawyer will file a petition to the court requesting guardianship and stating the legal reason according to state law. In most states, a court investigator is then assigned to the case to interview the petitioners, the child and the parents if available. A hearing is then held on the petition where the court determines if giving the petitioner guardianship is in the child's best interests.

Once a guardian is appointed to an abandoned child, that guardian has the same responsibilities for the child that the parents would have had. The guardian may have to financially support the child, unless the court orders payments by the parents or the child has an estate. If there's an estate, the court will closely supervise how these funds are used. In some states, including Washington D.C., guardians are also eligible to receive subsidies based on the child's age and the guardian's income. Guardianship typically lasts until the child is 18 or the court determines a new arrangement is in the child's best interest.

Divorce is never easy, but we can help. Learn More
The Rights & Responsibilities of a Temporary Guardian in Arkansas

Guardianship is a legal relationship between two people: a guardian and a ward. The guardian is granted legal authority over the ward, and the role is similar to that of a parent, who has legal authority over a child. A guardian may be appointed for either a minor or an adult, as long as the ward is legally incompetent and the guardianship is in the best interests of the ward.

Difference in Guardianship and Custodian

When a parent is arrested, a child's life is quickly thrown into disarray. If no one volunteers to be the child's guardian, the child may be placed in foster care. In most states, there is a strong presumption in favor of placing a child with a relative, rather than putting the child in foster care. Legal guardians are responsible for fulfilling the same duties that parents fulfill, such as ensuring the child attends school and tending to the child's medical needs, so guardians should ensure they are prepared to take on these responsibilities.

Legal Guardianship of a Minor in Ohio

A guardian must be appointed for a minor under the age of 18 if his parents die or are declared unfit, unless the minor ...

The legal guardian of an infant in Kansas takes care of the infant and assumes responsibility for her as a parent ...

Can a Legal Guardianship Expire?

A guardianship is a legal mechanism by which one individual or entity is appointed by a court to make decisions on ...

Guardian Vs. Custodian of a Minor Child in a Will

A guardian and custodian become necessary in the event a child's parents pass away, leaving assets and an inheritance ...