Legal Guardianship for an Adult in California 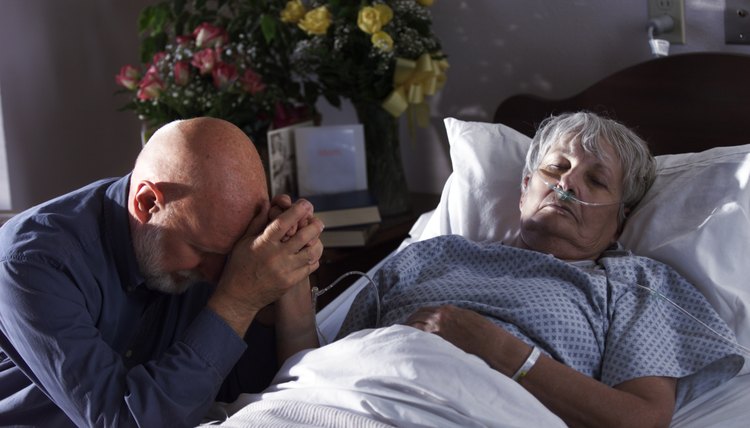 In California, the probate court is authorized to appoint a conservator with full powers over the adult or to limit those powers in specific ways. The appointment of a conservator with full powers is typical in the case of an elderly person suffering from dementia who cannot provide for his own daily care or manage his finances. A limited conservatorship is normally established for an adult with some form of developmental disability, but who is capable of performing many tasks unsupervised. In this case, the probate court's order will specifically specify the conservator's limited powers, such as deciding where the conservatee will live, his vocation or educational training and signing contracts.

California law also provides for a special type of conservatorship known as an LPS Conservatorship. The name LPS is an abbreviation for legislation -- the Lanterman, Petris and Short Act -- that authorizes conservatorships specifically for adults who are diagnosed with a serious mental illness according to the Diagnostic and Statistical Manual of Mental Disorders, such as schizophrenia, obsessive compulsive disorder and bi-polar disorder. The probate court will establish an LPS Conservatorship only if it finds beyond a reasonable doubt that the proposed conservatee suffers a serious mental illness based on an evaluation by a psychiatrist authorized to do LPS evaluations.

In 2006, a statewide Probate Conservatorship Task Force was formed by the California Supreme Court Chief Justice in response to an article in the Los Angeles Times that exposed the deficiencies in how conservatorships were administered in California. Among the changes is the expansion of the duties of court investigators to include more frequent contact with the conservatee in order to provide a neutral opinion to the probate court regarding the necessity of the conservatorship. The new laws also increased the probate court's oversight authority for disposal of a conservatee's assets, such as the sale of a private residence, and decisions regarding moving a conservatee to a new residence.

Divorce is never easy, but we can help. Learn More
The Difference in Probate & Family Court Guardianship

A legal guardian is a party appointed by a court to care for a minor child or an impaired adult, known as the ward. State law governs guardianship; Kansas guardianship law sets forth comprehensive procedures for naming a guardian. The Kansas state government established the Kansas Guardianship Program to provide guardians for adults who cannot otherwise find guardians.

A guardian is a person who is granted the legal right to make personal decisions on behalf of someone, known as a ward, who cannot effectively make them on his own. In Minnesota, guardians may not make most types of financial decisions on behalf of a ward -- for that, a conservator must be appointed. A state courts must appoint a guardian, whose rights and responsibilities are governed by state law. Minnesota's guardianship law is found in Article 5 of the Minnesota Uniform Probate Code.

A legal guardianship in Alabama is a court proceeding used to appoint someone to be responsible for the personal well-being of a minor or incapacitated adult. A person under a guardianship is called a ward. If the ward needs someone to manage his property or money, Alabama law allows for the appointment of a guardian of the estate, which in Alabama is known as a "conservator." Depending on circumstances, the same person can be appointed as guardian and conservator.

A legal guardianship in Indiana is used to appoint a guardian to provide for the care of a minor or an adult unable to ...

How to Appoint a Guardian for an Unborn Child in Texas

A guardianship is a legal relationship between a ward and an individual tasked with caring for the ward's well-being. ...

Guardians are sometimes named to take care of children, since the law assumes they cannot take care of themselves ...

In Arizona, as in other states, an adult may obtain legal guardianship over a minor or an incapacitated adult with ...