A guardian is appointed by the court to make personal decisions on behalf of another person, known as the ward, when that person is incapable of making decisions for himself. A ward may be a minor child or an incapacitated adult. In Colorado, the laws governing guardianship are found in Title 15, Article 14 of the Colorado Revised Statutes. 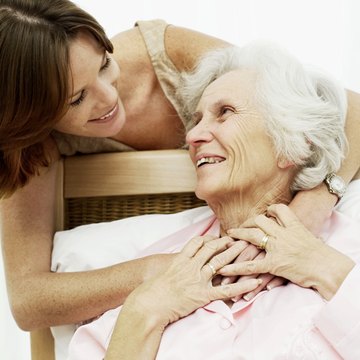 In Colorado, a guardian may be appointed for a minor child if the child's parents are dead or in prison, if they cannot afford to provide for his basic needs, if they are abusive or if they cannot offer a safe home environment. A guardian may be appointed for an adult if the adult is incapacitated. Under Colorado law, a person is incapacitated if he is unable to effectively make or communicate decisions regarding his health, safety or personal care. An incapacitated individual is often one with severe mental disabilities.

A person 21 years of age or older may seek guardianship over a minor child or an incapacitated adult by filing a guardianship petition in the district court of the county of the ward's residence and paying the requisite filing fee. If the ward lives in Denver, the petition must be filed with the probate court. If the proposed ward is an incapacitated adult, the petition must be accompanied by medical evidence establishing the incapacity. A "court visitor," or investigator, is appointed by the court to evaluate the proposed ward and the fitness of the proposed guardian before issuing a recommendation to the court. The court then convenes a hearing and rules on the guardianship petition.

A guardian must make day-to-day personal decisions for the ward. The court may grant the guardian broad or narrow authority over the ward depending on the ward's needs. A guardian may decide where the ward lives; provide him with food, clothing and shelter; make medical decisions on his behalf; monitor and control his social life; and manage his finances if no conservator has been separately appointed. The guardian must submit annual reports to the court and obtain the court's permission before moving the ward out of Colorado.

Termination of a Guardianship

A legal guardian's relationship to a ward, who can be a minor or a disabled or incapacitated adult, is analogous to a parent's relationship to his child, with similar authority and responsibility. A proposed guardian must petition the probate division of the Missouri Circuit Court for a court order appointing him as guardian.

Nebraska law recognizes that certain people cannot take care of themselves because of their age or mental condition. For example, elderly people who have diseases, such as dementia, and minor children need help caring for their physical and financial needs. Thus, Nebraska has a system whereby courts appoint guardians and conservators for children or incompetent adults to take care of them physically and manage their finances until they become capable of caring for their own needs, if ever. If you have minor children, you can nominate such a guardian as part of your will.

A guardian is a person who is granted the legal right to make personal decisions on behalf of someone, known as a ward, who cannot effectively make them on his own. In Minnesota, guardians may not make most types of financial decisions on behalf of a ward -- for that, a conservator must be appointed. A state courts must appoint a guardian, whose rights and responsibilities are governed by state law. Minnesota's guardianship law is found in Article 5 of the Minnesota Uniform Probate Code.

A guardian is a person or organization appointed by a court to exercise care, custody and control on behalf of a ward ...

How Do I Get Legal Guardianship in Missouri?

A legal guardian undertakes responsibility for the welfare of someone, known as a ward, who is unable to undertake ...