A guardian is a person or organization that undertakes responsibility for the welfare of a person, known as a ward, who is incapable of undertaking responsibility for his own welfare. In Iowa, guardians are appointed and supervised by the Iowa district courts. Guardianship proceedings may be either voluntary or involuntary. 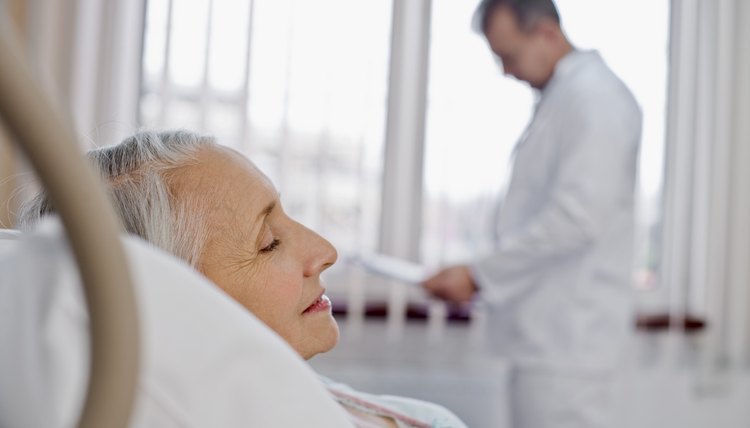 A guardian must be at least 18 years of age. She must not be an alcoholic or legally incompetent; she must be free of character defects such as spendthrift behavior that would render him unable or unwilling to perform his duties. A non-resident of Iowa may be appointed as a co-guardian only if at least one other co-guardian is an Iowa resident. A sole guardian must be an Iowa resident. A guardian need not be an individual; a private non-profit corporation may be appointed a guardian as long as there is no conflict of interest, such as when the corporation owns shares in a medical clinic that is providing treatment to the ward.

The court may appoint a guardian for a minor if his parents cannot or will not care for him for any reason and if guardianship would be in his best interests. The court may appoint a guardian for an adult if he is declared incompetent under Iowa law and guardianship would be in his best interests. Incompetence means that the ward is so lacking in the ability to make effective decisions that he cannot care for his personal safety or provide himself with basic life needs such as food, shelter or health care. A court may order a general guardianship granting full custodial authority to the guardian, or it may order a limited guardianship that grants the guardian only limited authority over the ward based on the ward's degree of competence.

A guardian with general powers must take reasonable care of the ward's property, provide him with food, shelter and clothing, assist him in eventually attaining independence and self-reliance, and help him obtain medical care as needed. He may determine where the ward will live, where he will go to school and what he will eat. His consent is required for the ward to perform legal acts such as getting married or signing a contract. The guardian may be subject to civil or even criminal liability for neglecting his duties or performing them negligently. A guardian with limited powers undertakes duties that are as limited as the court sees fit; his responsibilities and legal liability are correspondingly diminished.

Legal Guardianship of a Minor in Ohio

A guardian must be appointed for a minor under the age of 18 if his parents die or are declared unfit, unless the minor is legally emancipated by virtue of an act such as entering the military or getting married. Ohio law requires a court order to appoint a legal guardian.

A guardian is a person or entity appointed by a court to care for a person who cannot meet his own needs, known as a ward. Although the powers and duties of guardians are similar to the powers and duties of parents with respect to minor children, a court cannot appoint a guardian for an adult unless he is subject to a disability that prevents him from effectively caring for himself. State law governs guardianships.

How Do I Get Legal Guardianship in Missouri?

A legal guardian undertakes responsibility for the welfare of someone, known as a ward, who is unable to undertake ...