A minor in North Carolina needs a guardian if his parents are dead or unable to take care of him. Occasionally, a guardian is needed to manage a minor's assets. A guardian is responsible for taking care of the minor or his property with the same diligence as a natural parent, since a minor can't make certain decisions or perform some actions for himself. Guardianship of a minor in North Carolina usually continues until the minor, also known as a ward, turns 18. 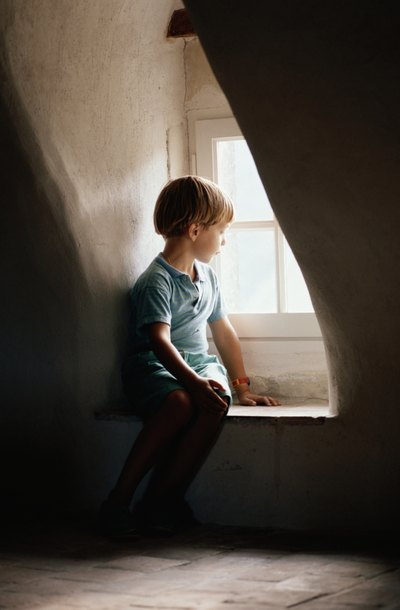 Whether the a minor's guardian is a guardian of her person, her assets or a general guardian depends on the child's needs and the court's decision. For example, a minor with no significant assets may only need a guardian for her person. In North Carolina, the court appoints a guardian after a guardianship petition is filed. Anyone may file a petition, but if both parents are dead, the petition is filed with the clerk of the superior court of the minor's county of residence. If either parent is living, the petition has to be filed in the civil district court of the child's county of residence. The exception to this rule is the appointment of a guardian of the minor's property only. The clerk of the superior court may appoint a guardian of the minor's property if either parent is living, but a hearing is held if the parent won't agree to the appointment. A parent may name a legal guardian to act in the event of her death in her will; however, while the court will consider the parent's will nomination, the best interest of the child is the biggest factor in naming a guardian.

North Carolina allows a parent who has a fatal disease or chronic, progressive illness to name a "standby" guardian for a minor child. The named person becomes legal general guardian or guardian of the minor's person once the parent dies or is incapacitated. A parent may name an alternate standby guardian at the same time; the alternate becomes legal guardian if the first guardian is unable to act. If an incapacitated parent becomes able to care for the child again, the standby guardianship's authority is suspended until she's needed again.

North Carolina laws give the court authority to decide who is the best choice for a minor guardian. The laws don't allow a person who is working in a facility where the minor is an inpatient or living as a resident to act as guardian. Any type of guardian may be removed for reasons other than the minor reaching the age of 18. If the guardian is no longer competent, fails to take care of the minor or doesn't manage his funds properly, the court may remove him as guardian. A guardian may be removed if she can't financially take care of the minor, is going to move to another state, or if she made false claims during the appointment process. A guardian of a minor's property may lose guardianship if he fails to post or maintain the surety bond required by the court.

Divorce is never easy, but we can help. Learn More
Guardian Vs. Custodian of a Minor Child in a Will

A legal guardianship in Alabama is a court proceeding used to appoint someone to be responsible for the personal well-being of a minor or incapacitated adult. A person under a guardianship is called a ward. If the ward needs someone to manage his property or money, Alabama law allows for the appointment of a guardian of the estate, which in Alabama is known as a "conservator." Depending on circumstances, the same person can be appointed as guardian and conservator.

What Happens if a Minor Child Receives an Inheritance and the Parents Are Divorced?

If your child receives a substantial inheritance while she is still a minor, she must wait until the age of majority to take possession of it. Although many people assume that one or both parents hold a minor child's property until she comes of age, this is only the case for smaller amounts of money.

When Does Legal Guardianship End?

A legal guardian is a person who is given authority over and legal responsibility for another person or her property by a court. A court may appoint a guardian for a minor or an adult who's incapacitated and can't make her own decisions or take care of herself. Reasons for a guardianship vary by situation. For example, an incompetent adult who can't manage her medical care needs a guardian for safety reasons. A legal guardian's authority ends as soon as the person for whom he's responsible, known as the ward, dies. But there are other reasons a guardianship may end, such as court-ordered termination and the guardian's own resignation.

The legal guardian of an infant in Kansas takes care of the infant and assumes responsibility for her as a parent ...

A legal guardianship in Indiana is used to appoint a guardian to provide for the care of a minor or an adult unable to ...

Guardians are sometimes named to take care of children, since the law assumes they cannot take care of themselves ...

Petition for Guardianship of the Estate of a Minor in Illinois

A guardian of a minor's estate in Illinois is responsible for the minor's property and assets. The guardian invests, ...