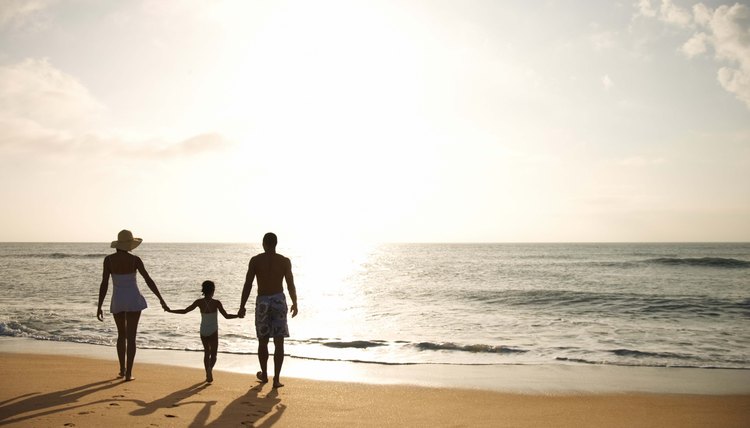 If your state’s legal separation process involves obtaining a court order – as in states like New York, Arizona and California, for example – your child support arrangements will look very similar to those for divorced couples. The court in these states uses the same formula used for divorcing couples to calculate the amount of child support payments. Depending on the state, the court may also order that payments must be made directly to the state’s central processing agency. Your state’s laws may also allow you and your spouse to agree to a child support amount higher or lower than what the state would require.

Even without any kind of court order in place, parents have a legal responsibility to provide for their child’s needs. Parents who stop providing all support to their children may be subject to claims of abandonment or neglect. Depending on your state and situation, you or your spouse may be required to pay court-ordered child support even if your separation is not formalized. For example, California law allows a judge to enter a child support order based on a parent’s Petition for Custody and Support of Minor Children, even if the parent does not wish to file for legal separation or divorce.

Divorce is never easy, but we can help. Learn More
Can I Get Child Support if I'm Not Divorced Yet?

When couples divorce, the court may issue a divorce decree ordering a spouse to pay child support and alimony to the other spouse. Typically, the divorce decree describes the manner in which payments must be made. Courts may direct that alimony be paid directly to the recipient spouse while child support is paid to the recipient spouse through the state’s child support agency. However, if these arrangements do not work well for the parties, the court may permit alternate arrangements.

If you are a parent and filing for divorce, you can ask the court for custody and visitation orders in addition to other relief you may be seeking, such as property, alimony and child support. If your spouse currently has the kids and you want to see them while the divorce is pending, you can petition the court for a temporary visitation order. This order establishes your visitation rights and remains in effect until the court finalizes the divorce and a permanent order takes its place.

Divorce is a significant step and sometimes spouses like to take it slowly. Not all states recognize legal separation, ...

Do You Have to Be Divorced to Pay Child Support or Can You Be Legally Separated?

In most states, married couples ending their relationship can do so either by getting divorced or by getting a legal ...

Do You Have to Go to Court Before Paying Child Support?

You have moved out of the family home, but you want to continue to care for your kids. No law keeps you from offering ...